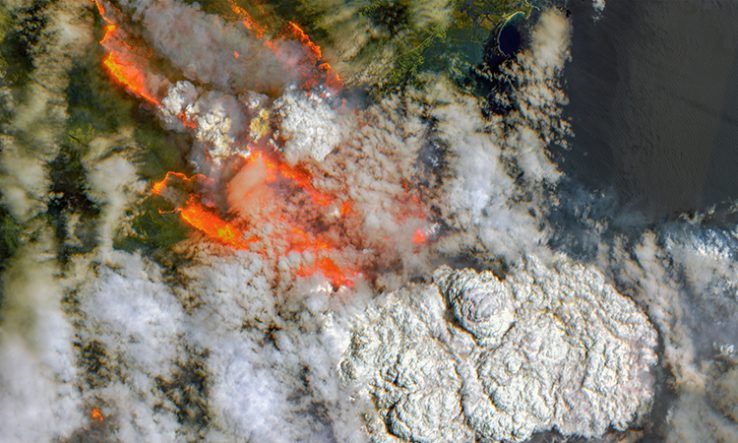 Australia needs to develop its skills and technologies for responding to natural disasters with the aid of better research into how to mitigate their effects, the Royal Commission into National Natural Disaster Arrangements has said.

In a report released on 28 October, the commission says that the impact of climate change and increasing numbers and intensity of bushfires will require planning and systems built by cooperation, with detailed knowledge of the behaviour of fires.

A total of 33 people died and more than 24 million hectares of land were burned in last summer’s fire season, while 3,000 homes were destroyed.

The commission recommends that a national advisory body of experts be set up to support greater federal disaster response powers and a coordinated approach to research. Specific areas of research to be supported should include aerial firefighting, climate change, data exchange, air quality issues around smoke, and adaptation strategies for living with fire.

“There is a need for Australia-wide agreement on a prioritised research agenda that identifies and targets critical knowledge gaps,” the report says. It identifies the Bureau of Meteorology, the Commonwealth Scientific and Industrial Research Organisation and Geoscience Australia as cornerstone research bodies for bushfire management.

Better information sharing between researchers, businesses, governments and firefighting agencies is essential. “A resilient nation will plan thoroughly for disasters and seek to manage and mitigate all of the attendant risks,” the report says. “National health research and data linkages play an important role in identifying the health risks of a natural disaster and building resilience.”

In July, the Bushfire and Natural Hazards Cooperative Research Centre was given A$88 million in funding for the next 10 years as the federal government decided not to wind it up after the usual two rounds of funding. The final form of that CRC is still under discussion but is likely to involve all states and territories as well as specialist science agencies. The bushfire CRC warned the commission of the risk of “compound disasters”, where multiple events happen at once.

The commission recommends that “research partners and end-users of the research should be consulted on research priorities” for the research centre that is formed from the CRC.

The CRC has created a national disaster resilience index, which allows authorities to assess the likely impact of fires on their regions, and the commission recommends the creation of similar tools that individuals and communities can use to plan for all kinds of disasters.

The commission accepted submissions from the Commonwealth Scientific and Industrial Research Organisation on the effects of climate change on bushfire risk, and recommends further research in that area. It drew on reports from academics at the University of New South Wales to conclude that recent fires were more likely to include “pyrocumulonimbus wildfire”, involving thunderstorms caused by fires.

Better use of weather information and better data collection were raised by several submissions to the inquiry, as was a lack of coordination between the research groups that work on future projections.

In order to make the best use of research, the commission recommends that governments coordinate research pathways in a similar way to Queensland, which has a research advisory panel and disaster management research framework that help guide collaboration between researchers and with end-users.

Financing of A$3m from the Medical Research Future Fund is supporting four studies into the effects of bushfire smoke.