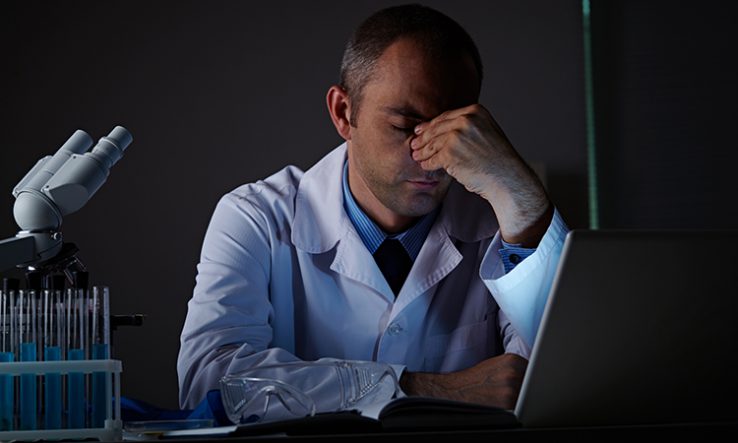 Annual study finds pandemic has hit scientists hard, with many planning to leave the profession

Scientists in Australia are under “severe strain” and suffering from fatigue and increased workloads, a study from Science and Technology Australia has found.

A 15 percentage point jump in reports of fatigue in a single year underscores how work stresses are “eroding the morale of Australia’s science workforce”, the STA study says. One in five of those who responded to the survey said they planned to leave the profession.

The Professional Scientists Employment and Remuneration Report for 2021-22, released on 11 October, “reveals the mounting toll on scientists of the pandemic and longer-term chronic job insecurity”, a statement from STA said.

STA head Misha Schubert was warned that scientists may “hit breaking point and just walk away if we don’t fix this broken system of insecure work”.

“We need stronger investment in science, such as a A$2.4 billion Research Translation Fund and much greater job security for scientists to avert a disastrous loss of talent and pursue a science-led recovery.”

Schubert pointed to the next federal budget as “a legacy-defining opportunity for a lifeline for Australian science”.

Specific effects of the pandemic included being limited in what work could be done because of physical distancing and restricted facility access, as well as issues around being forced to work from home or being prevented from doing so. Caring for children had affected the work of around one in six respondents.

One in four of those surveyed were on fixed-term contracts, averaging 18 months. This offered “very little job security”, STA said. Almost two-thirds of respondents nominated “cost-cutting” as a problematic issue in their organisation.

The gender gap in pay was stagnant, with women still earning 17.2 per cent less than men. The report said that this was mainly due to fewer women working in senior roles.