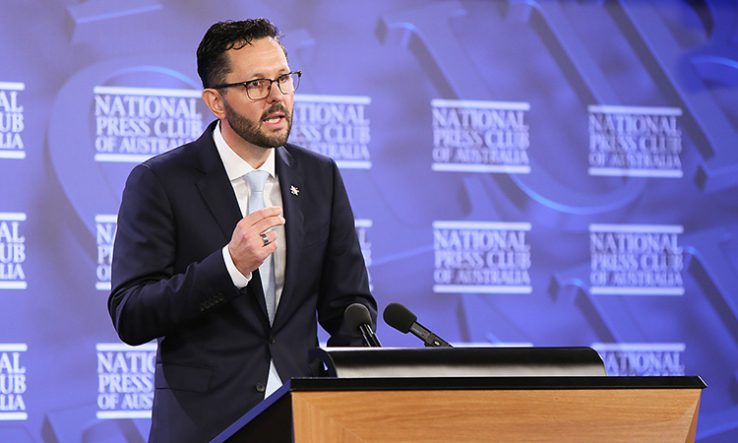 Commercialisation of research could provide a A$17.6 billion economic boost to Australia, an analysis by Science and Technology Australia has found.

At a National Press Club speech on 2 March, STA president Mark Hutchinson (pictured) said that only half of the recently announced A$1.6bn Economic Accelerator’s projects would need to succeed to produce that result.

Hutchinson called for the development of more “bench to boardroom” scientists who would be skilled in commercialisation as well as research. “If we make these strategic investments, the returns will be impressive,” he said. STA represents more than 80,000 scientists and technologists.

He cited the success of the Australian Research Council Centre of Excellence for Nanoscale BioPhotonics, which he directs at the University of Adelaide. “Over the past seven years, we’ve turned the initial A$23 million investment into 16 startups with a combined market capitalisation and market value of A$519m. That’s nearly a 22.5-fold return on the initial investment.”

But Australian research does not always result in such gains, he said. “While we’re great at making breakthroughs, we’re less great at converting them into fully commercialised products and technologies. Too often, Australia has been first to a breakthrough—only to not be able to commercialise it.”

Hutchinson said the government’s new research commercialisation package, which is worth A$2.2bn, including the Economic Accelerator, had the potential to bridge the gap between scientists and the venture capital stage. “If we don’t reap the full rewards from our great research, the risk is that other nations will swoop.”

The STA analysis suggests that if only 5 per cent of projects backed by the Economic Accelerator succeed to the same extent that the Centre of Excellence for Nanoscale BioPhotonics has, the country will break even. STA has long been lobbying for such a body to be created, he said.

Basic research remains vital, he said, and “we must never diminish either our investments or our resolute focus on discovery research, even as we scale up investment in applying and commercialising more of our great work”.

“Without discoveries, we have nothing to apply, translate or commercialise.”

Hutchinson said that STA’s existing Superstars of Stem programme, which focuses on science, technology, engineering and maths, had the potential to be adapted to train scientists in research commercialisation. “We want to identify hundreds of scientists and researchers Australia-wide with the aptitude and passion to become commercialisation stars,” he said.

The bill to create the Economic Accelerator body is currently before parliament.