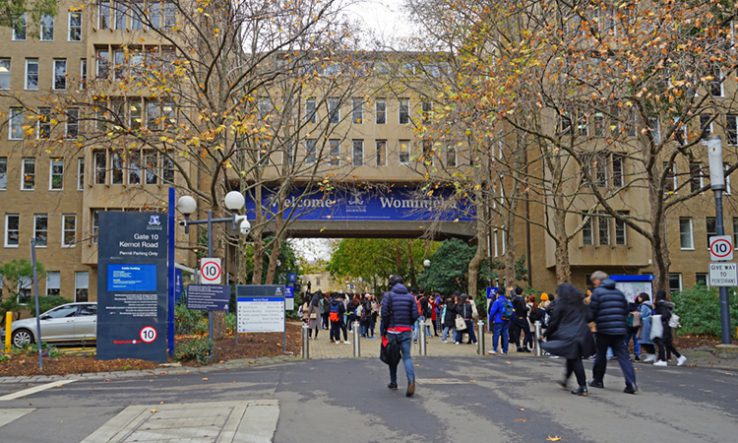 Australia’s university funding shake-up has continued with the passage of the Job-Ready Graduates bill in the Senate and a budget rescue package for research that experts say will “buy time” but not solve the issue.

The Job-Ready Graduates bill passed on 8 October with the support of crossbenchers from the One Nation and Centre Alliance parties. It will see the cost of some courses double while cutting the cost of others in an effort to channel students towards in-demand careers. The government says the bill, along with additional funding, will create up to 30,000 more university places. An implied research loading attached to student places will be removed, with the plan for replacement funding yet to be released.

Universities Australia chief executive Catriona Jackson welcomed the certainty the system would create but said her organisation was disappointed that transition funding and indexation had not been included in the legislation. They are set to be included in forthcoming guidelines.

“The bill includes significant change for students and universities, and we will continue to argue it must be reviewed in future years,” she said.

Senator Mehreen Faruqi, education spokesperson for the Greens, who had strenuously opposed the bill, said it should be a trigger for a wave of activism and reform. “We need to take a hard look at how our universities are run. Over the years we have seen a corporatisation of universities, the creeping influence of money, and power concentrated in the hands of overpaid vice-chancellors and management. Staff and students have been stripped of power and marginalised. This needs to change,” Faruqi said.

The A$1 billion one-off rescue package for university research, announced in the federal budget on 6 October, may buy higher education some time, but Australian National University education researcher Andrew Norton said it was “hard to see” how universities’ research spending of around A$12bn a year could be sustained.

“International student profits are unlikely to return to previous levels for a few years, and there are a lot of other things that may affect the industry in that time,” he told Research Professional News. “Job-Ready Graduates will remove research funding that was implicit in revenue earned from Commonwealth-supported students. I would estimate this at around A$500 million a year.”

Gwilym Croucher, a lecturer at the University of Melbourne’s centre for the study of higher education, said the rescue package was “a pretty good short-term solution”. He said that because the money would be delivered through the existing grants system, universities would have flexibility in how to spend it.

But universities and government are all “hoping the international students will return. Otherwise the government will have to find another billion a year.”

Budget initiatives aimed at improving universities’ commercialisation of their research and bringing in commercial funding are good ideas, he said, but it is likely that Australia will need to keep “subsidising by big public investments”.

Large international companies can choose where they fund research, and in many fields “it’s hard to see how we’re going to compete” apart from possibly in mining, agriculture and some medical and biotechnology, he said.

Australia’s industry researchers are looking to benefit from the R&D measures announced in the budget. These include scrapping proposed restrictions on R&D tax claims, such as a cap of A$4m a year on refunds for smaller companies. The measure is expected to cost A$2bn over four years.

Medical research body Research Australia particularly welcomed the R&D changes. “This is welcome news for Australia’s medical innovators, those future job creators and exporters who will be so crucial to Australia’s post-pandemic economic recovery,” it said in a statement. “One of the key lessons from the Covid-19 pandemic is that we have become overly reliant on global supply chains for vital materials, particularly medical supplies.”

But a continuing decline in “real terms” funding for the National Health and Medical Research Council is a concern, Research Australia said.