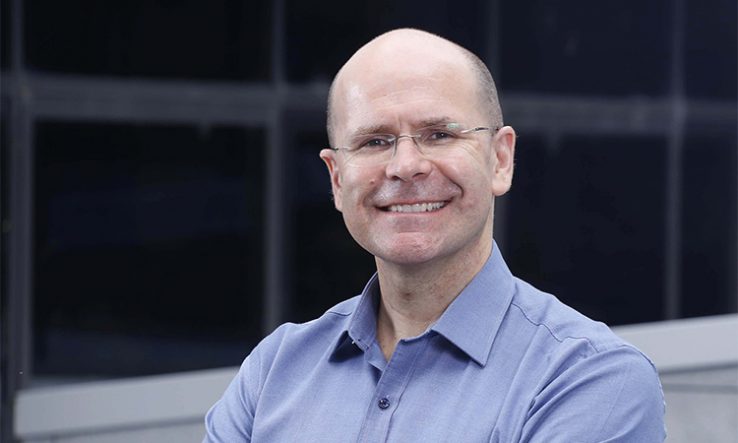 Australian universities have protested against the sweeping powers being introduced in a law aimed at curbing foreign influence in higher education institutions, but the law’s supporters say the universities are not doing enough to bolster national security.

The Senate Standing Committee on Foreign Affairs, Defence and Trade heard two days of evidence this week about the law, which would give the foreign minister the power to veto any arrangement involving a foreign entity on security grounds.

The inquiry into the bill has attracted more than 65 submissions, many from university and research bodies alarmed at the scope of the legislation. Australian universities have tens of thousands of such arrangements, ranging from formal research partnerships to low-level cooperation.

On 13 October, George Williams (pictured), deputy-vice chancellor of planning and assurance at the University of New South Wales, told the committee the law needed to be redrafted. The fact that it was retrospective was “especially problematic”, he said. The law would severely disadvantage Australian researchers in tendering for international deals because “at any future time there can be variation or termination, and that’s the killer because it means that you can’t go into the tender [with] confidence”.

“Let’s say the UK government has a tender of some kind, perhaps the opportunity for a major research agreement, a collaboration dealing with Covid-19. In that case, the UK government may put something like that out to tender or competition. It would be on the basis that the Australian university can only take part if we can agree to the terms as pre-set by the [UK] government without any possibility of variation. Now [under the new law] we can’t do that. So you run the risk of locking us out of tenders by friendly governments that actually are highly advantageous to Australia because we no longer have the institutional autonomy that the UK and United States universities have to compete on that playing field.”

He said his university alone could have 10,000 agreements that needed to be reviewed, down to the level of individual email exchanges, which was a “massive compliance exercise” that needed to be addressed through tighter wording of the new law.

Williams, who is a constitutional lawyer, also cast doubt on whether the federal government could restrict individual states’ dealings with overseas entities.

Committee chair and Liberal senator Eric Abetz told Williams that the University of New South Wales had been identified by an Australian Strategic Policy Institute report as the university in the western world with the highest level of “collaboration” with the Chinese People’s Liberation Army. “How could this have been allowed to occur if there are sufficient due diligence processes in place?” Abetz asked.

The Australian Strategic Policy Institute is a Canberra-based think tank backed by the Australian government and military, as well as some private and US-based funding. Its 2019 report said that “the Chinese Communist Party is building links between China’s civilian universities, military and security agencies”, and using links between universities to advance Chinese interests in Australia and elsewhere.

Clive Hamilton, professor of public ethics at Charles Sturt University and a prominent critic of China, supports the legislation. He said in his submission that Chinese influence specifically was growing in Australian universities. “Interference by the People’s Republic of China is rife in Australia and includes a divide-and-conquer strategy exploiting the federal system of government and using universities to build its ‘discourse power’,” he wrote.

“As long as subnational governments and universities continue to live in a state of innocence, they will remain easy targets for the CCP’s influence campaign.”

Hamilton was recently barred by the Chinese government from travelling to China, despite having no plans to do so.

Luke Sheehy of the Australian Technology Network of Universities said the bill “does not, as drafted, build on or draw from the effective and successful foundation that the government, its security agencies and universities have designed and implemented in partnership”.

Sheehy said a better approach would be to work within existing mechanisms such as the University Foreign Interference Taskforce to increase knowledge and a security-minded culture in universities.

Sue Thomas, chief executive of the Australian Research Council, was called in by the committee to give evidence. Abetz quizzed her about what procedures the council had in place to address “basic security” in selecting grant recipients.

Thomas said that the college of experts that advised on grants did so on the basis of research excellence. She added that starting from the next round of grants, applicants would, as well as answering the existing conflict of interest questions, have to explicitly state three matters: whether they had any financial support from foreign interests for research, whether they had any affiliation with foreign-sponsored talent schemes and whether they had a “current or past affiliation with a foreign government, foreign state-owned enterprise, military or foreign policy body”.

The Australian Research Council distributed about A$780 million in government research grants in the last financial year.

Science and Technology Australia, which represents about 80,000 scientists through its member organisations, also appeared at the hearings. In its written submission, it said it was “concerned this legislation has the potential to impede Australia’s science and technology research and relationships, which would impede both economic and soft power benefits to the nation”. With its small population, Australia relies heavily on global research infrastructure, collaborations, partnerships and expertise to enable its own breakthroughs, discoveries and technological development, the group said.

The committee is due to report to the Senate on 5 November.