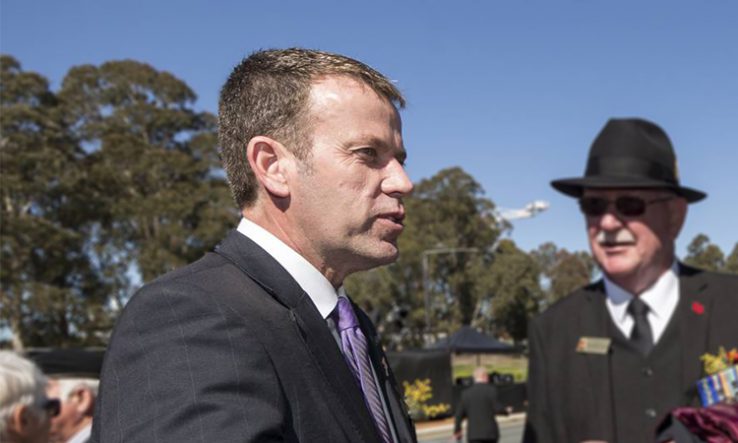 Australian universities face a tense wait to hear what the budget on 6 October will bring, with funding for research still in limbo as institutions’ financial woes deepen.

Speaking to a higher education conference on 30 September, education minister Dan Tehan (pictured) said he would reveal more about the funding model for university research after the budget was delivered by treasurer Josh Frydenberg.

He announced an additional A$326 million to create 12,000 more undergraduate university places in 2021 “and beyond”, and said he wanted universities to “focus on domestic students like never before”.

“I’m optimistic that, working with the sector, we will deliver a sustainable model of research funding,” he said, adding that the passage of the Job-Ready Graduates legislation, which was backed last week by a Senate committee, would provide certainty for higher education.

However, the legislation is not assured passage through the Senate after Tasmanian senator Jacqui Lambie said she would vote against it. In a tweeted statement, Lambie said she had “taken the time to do my homework about the government’s [university] bill, but the more I look at it, the less it makes any sense to me”.

She said that the discount proposed in the legislation for upfront fee payments would only benefit students who had enough money to pay upfront in the first place, and she criticised the removal of deferred fee support for students who fail their first year.

She also said that the government had failed to demonstrate how the proposed system would increase the number of university places. “I can’t support a bill that reserves its harshest hits for our poorest kids,” she wrote.

Queensland senator Pauline Hanson of the One Nation party has already announced that she will support the bill in exchange for a new clause defining and protecting “academic freedom”.

The only crossbench senator yet to express support or opposition is now Centre Alliance senator Stirling Griff, whose vote may tip the balance on whether the bill becomes law. The bill is expected to return to the senate during October.

Other early hints about the budget’s impact on research include statements by prime minister Scott Morrison suggesting that a long-planned tightening of research tax concessions may be abandoned.

Also on 30 September, the federal government released its discussion paper on the National Priorities and Industry Linkage Fund. The fund is a crucial part of the government’s new university funding model, with A$900m a year expected to be available to improve links with targeted industries.