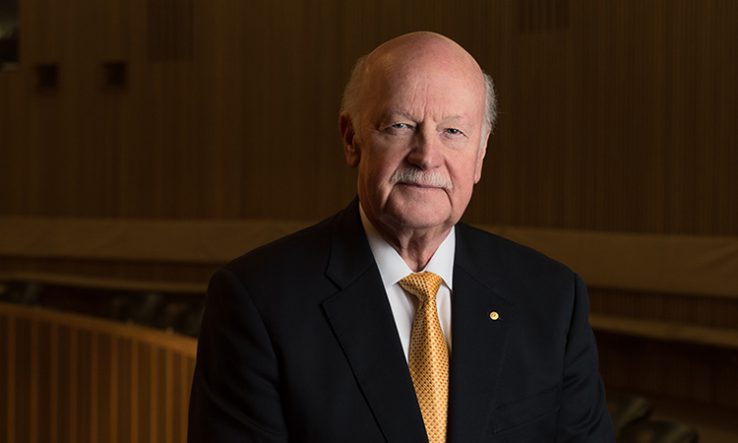 Image: The Australian Academy of Science

Australians have been urged to stop listening to non-scientific sources as uncertainty around the nation’s Covid-19 vaccine rollout continues.

“Only science will solve this,” John Shine (pictured), president of the Australian Academy of Science, said in a statement on 14 January. “Australia has become a pandemic success story. The majority of individual Australians’ willingness to follow public health directions, and a laudable commitment from governments to listen to experts and allow science to guide policy, has been mostly responsible for this success,” Shine said.

“Australia is not experiencing conditions that would require vaccination rollout via emergency use authorisation. As such, our nation will benefit from growing data on vaccine dose and effectiveness as they are implemented in countries with the greatest need.”

Australia is deploying two vaccines, from AstraZeneca and Pfizer, with only enough available to treat five million people with the more effective Pfizer vaccine. The first round of vaccinations is due to begin in February.

On 19 January, The Australian newspaper reported that it was possible that a second round of vaccinations would eventually be needed. Allen Cheng, co-chair of the Australian Technical Advisory Group on Immunisation, told the outlet that depending on the level of population immunity achieved, a second round could be necessary.

Earlier research from the Australian Academy of Science showed that overall, “during the first few months of the pandemic, Australians’ trust in federal and state and territory governments to collect and use their personal data increased”.

However, a study published in The Lancet in 2020 showed that nearly a quarter of Australian parents were unsure about or definitely unwilling to accept a Covid-19 vaccine. The study, from a researcher at the University of Melbourne working with the Royal Children’s Hospital, said: “Given the potential impact of vaccine hesitancy on the required population herd immunity threshold, we need to understand the attitudinal and behavioural drivers in order to inform community-led communication strategies to build trust and optimise Covid-19 vaccine uptake.”

The Australian Medical Association has labelled public statements from federal government MPs on vaccination “really disappointing” and called for consistent messaging. “The challenge, I think, for us is to make sure that the community knows where to get good health information and knows how to recognise crackpot ideas and separate them from good health advice from reputable sources,” AMA president Omar Khorshid told ABC radio on 13 January in a statement later published on the AMA website.

“We’re at a critical time now, with a vaccination programme just about to start. And I guess everyone is really sensitive to these messages, because for a vaccination programme to work we need everybody to be vaccinated, so we get those numbers up, we get the whole population immunised and therefore immune to the virus. Any significant numbers of people who feel nervous, or just lose confidence, they may not believe the messages that they hear, but they may lose confidence in what is being said by the government, and that is a real risk to all society.”