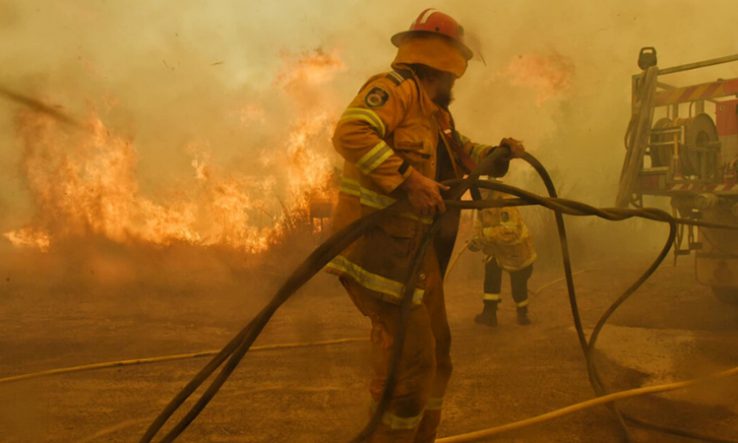 The University of Wollongong has closed three of its regional campuses on the south coast of New South Wales as catastrophic bushfires continue to burn across the region.

In South Australia, a massive fire on Kangaroo Island has destroyed the Flinders-Baudin Research Centre, a University of Adelaide field station that played a major role in biodiversity research programmes.

Two people have died in the Kangaroo Island fires. They are Richard Lang, a pilot who operated desert tours, and his son Clayton Lang, one of Australia’s leading reconstructive surgeons and supervisor of surgical training at the Queen Elizabeth hospital in Adelaide.

Victorian premier Daniel Andrews called for the federal government to provide military support for evacuations in East Gippsland, where more than 4,000 people were trapped on a beach. His request was met and is credited with forcing prime minister Scott Morrison to call out 3,000 Australian Defence Force reserve personnel to help volunteer firefighters with emergency evacuations.

Smoke from the NSW bushfires has blanketed Canberra for over a week, resulting in the closure of government buildings and the shutdown of the Australian National University due to health concerns related to air pollution.

Announcing the Wollongong campus closures, vice-chancellor Paul Wellings said many university staff were volunteers with the NSW rural fire service and lived in towns and rural communities affected by the bushfires.

After weeks of extreme summer weather conditions, the fires have destroyed more than 1,482 homes in NSW and burned almost five million hectares. So far, 18 people have died, including three volunteer firefighters. There are presently 136 fires burning across the state, and 69 of these are not yet under control.

“On behalf of everyone at the University of Wollongong, I offer condolences and sincere sympathy to the students, staff, residents and visitors who have lost loved ones, homes, businesses or property during these devastating fires,” Wellings said in a university statement.

“I also thank all those serving with the NSW rural fire service and other emergency services and supporting organisations for your courage and selfless dedication during this time.”

The university has closed its campuses at Bega, Batemans Bay and Nowra, and will use the facilities to provide emergency accommodation as local evacuation centres.

“As some staff and students have endured losses and cannot safely reach their campus, this temporary suspension of operations will allow for the immediate danger to pass and time for the community to adjust,” Wellings said.

“A reassessment of the bushfire threat will be made throughout next week to determine if any further postponement of normal operations is required.”

The ANU is expected to reopen on 8 January.

“There is no immediate threat to the campus, and this is a precautionary measure to ensure the health and wellbeing of our community,” acting vice-chancellor Mike Calford said in a university statement.

“For staff directly affected by the fires, if you are unable to return to Canberra, or require extra support, the university will provide access to ex-gratia leave.”