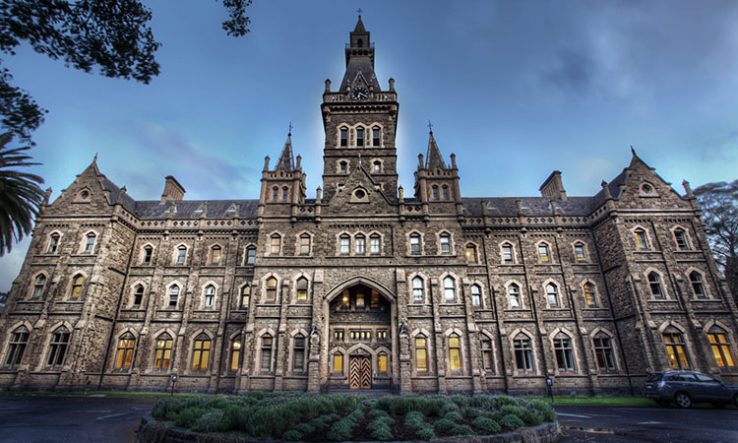 The effects of the Covid-19 crisis on Australian higher education will be deeper and longer-lasting than expected, according to research from the University of Melbourne’s centre for the study of higher education. The study predicts a A$3.8 billion budget shortfall in 2020, with 5,600 full-time positions lost—as well as 25 per cent of casual and research-only staff.

The paper describes the Covid-19 crisis as the worst to hit higher education since the Great Depression of the early 20th century, and says that restructuring and job losses will be ongoing, with worker costs making up 57 per cent of Australia’s hard-hit universities’ budgets.

Cuts to staff could amount to 10 per cent, and the loss of casual staff means that research staff will be under pressure to switch their attention to teaching, the paper says. “This will reduce research output and contribute to a decline in the overall standing of Australian university research.”

The paper, by a team comprising Teresa Tjia, Ian Marshman, Janet Beard and Elizabeth Baré, was released on 25 September. It explores the specific effects of the pandemic and the responses of all of Australia’s universities.

The initial response from universities focused on moving courses online and assisting international students, but it soon moved to dealing with budget issues with little assistance. “It quickly became apparent that there would be little sympathy within the federal government for the predicament in which Australian public universities found themselves, notwithstanding the sector’s status as Australia’s third-largest exporter,” the paper says. It dismisses the federal Higher Education Relief Package as merely guaranteeing existing funding commitments for 2020.

Early attempts at an industry-wide response, in the form of the Jobs Protection Framework negotiated with the National Tertiary Education Union, were abandoned and “each university had to determine its own response to managing the immediate and longer-term financial impact on the institution and its staff”.

University research jobs are particularly exposed because they tend to be fixed-term, the paper says, along with easily cut casual staff.

Using publicly available figures, the researchers group universities by their dependence on international student fees in 2018. Three of the six universities in the top category, taking more than A$500 million—Sydney, Queensland, Monash, RMIT, Melbourne and the University of New South Wales—are in Victoria, which has been unable to restart any incoming flights so far because of its issues with hotel quarantines.

Ten universities, including Sydney and Queensland, are still considering their full response, some because they are in “leadership transition”. A number of institutions have struck variations to their enterprise agreement with staff, while at others, management has made cuts within the agreement.

For example, the University of Adelaide has negotiated changes that appear to have “reduced the need for job losses by 200 positions from 400”. Staff accepted a potential pay cut and a “leave purchase” deal under which they would take extra leave for less pay.

Even the least exposed universities, such as James Cook and Flinders, are expected to suffer budget hits of between A$30m and $54m.

A successful response to the crisis involves a number of factors, including good leadership, good relations with the union and staff, how much scope for change has been left by previous restructures and the availability of other ways to make savings, the researchers say.

They call for a “whole of sector” approach to staffing issues. “There may be a need for a more ambitious approach to workforce management issues if the legacy created by the pandemic is to be fully addressed,” they write. They recommend a review of several issues, including the casualisation of the workforce and recognition of the role of non-academic professional staff.

In a separate paper released by the centre on 29 September, education analyst and former senior public servant Mark Warburton put the cost of the proposed Job-Ready Graduates legislation to six of the Group of Eight universities at about A$60m a year.

“Slightly more surprising,” he wrote, “are the revenue losses to be experienced by the universities in Newcastle, Wollongong and Western Sydney, which each will lose around A$5m, with Western Sydney University known to be losing a further A$5m in equity funding.” He added that the University of the Sunshine Coast would lose around A$31m a year.