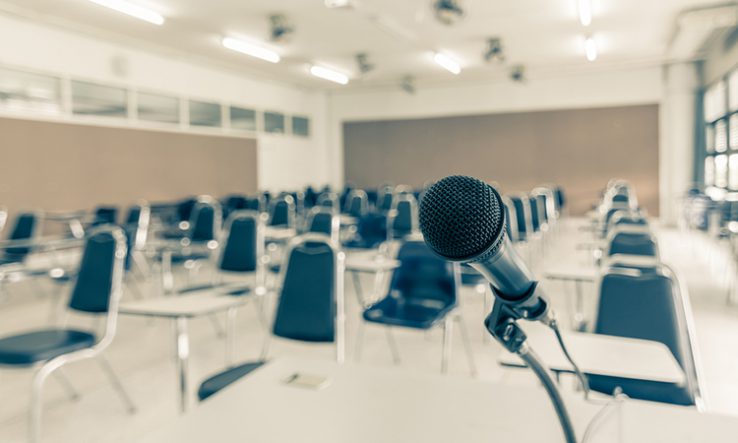 Australian universities may soon have to issue reports on their compliance with a government-mandated free speech code, after education minister Dan Tehan gave them until the end of the year to “honour their commitment to align their policies” with it.

Tehan released a report on 9 December outlining how far universities had gone towards complying with the “French Model Code”, which guarantees freedom of speech and academic freedom.

The report, written by former Deakin University vice-chancellor Sally Walker, was “mixed”, a statement from Tehan said. Only nine universities were fully compliant. The majority were considered “mostly aligned” with the code or partly aligned, with significant areas lacking, but six universities, including the Australian National University, did not have either policies or draft policies that were fully aligned.

Tehan suggested that formal reports from the universities may be required. “I strongly urge those universities that have not already done so to take action,” he said.

Robert French, a former chief justice of the High Court, wrote the Model Code in 2019 as part of a “review of freedom of speech in Australian higher education providers”. It covers free speech and academic freedom for university staff at all levels, as well as for student organisations and visiting speakers. The right for academics to speak about their areas of research and to discuss their personal views is protected under the code, along with the right to “express their opinions in relation to the higher education provider in which they work or are enrolled”.

The code protects university members from being intimidated for what they say, but its protections “do not extend to a duty to protect any person from feeling offended or shocked or insulted by the lawful speech of another”.

When the French report was commissioned, it was seen as being a response to the practice of ‘deplatforming’, where protests prevented controversial views being aired on campus, often by invited speakers. Protests at the University of Sydney over a speaking tour by writer Bettina Arndt were subject to an external investigation by the university, which cleared the students.

The vice-chancellors’ group Universities Australia responded to the latest report by issuing a statement saying: “Australia’s 39 comprehensive universities have reiterated the sector’s commitment to freedom of expression and freedom of inquiry.”

UA chair Deborah Terry said: “Walker’s review found that 23—more than half of the nation’s comprehensive universities—had policies that are fully or mostly aligned to the model code. The rest are on their way to getting there. The important thing is to get this right.

“As autonomous institutions, with diverse missions, each university’s process will be different. Some universities have completed that complex process. Some have not.”

Tehan told Sky News that “the government has reserved the right to also have the Tertiary Education Quality and Standards Agency look at this. Because once it’s part of the annual reports, they can get involved—that’s the regulatory body that looks after universities—that they’ll really start to understand that it’s not just statements, it’s actual policies in place that’s required.”