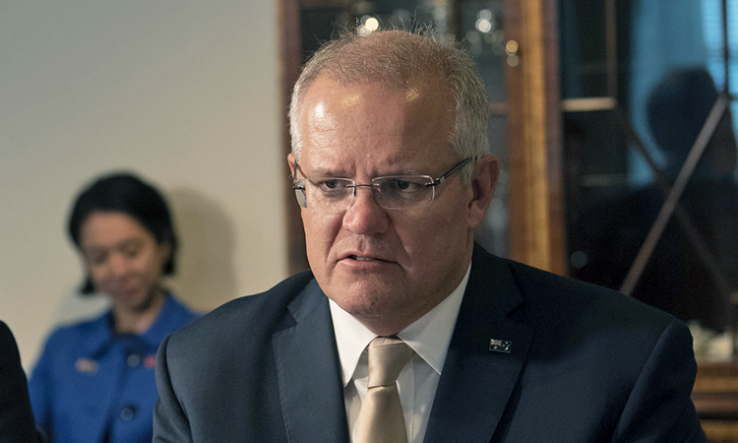 Australian universities must respond ‘like other businesses’ to pandemic, but analysts suggest research is threatened

Scott Morrison, Australia’s prime minister, has suggested that the government may take a hardline approach to further assistance for higher education.

In an interview published in the Herald Sun newspaper on 15 February, Morrison (pictured) said it was “time for universities to consider their economic model” and urged them to focus on collaborations with industry and on commercial partnerships around vaccines, energy and digital technology. “I wouldn’t expect universities to respond any differently to any other business [to the crisis],” he said.

On 12 February, Simon Marginson, an education expert based at the University of Oxford, told a seminar at Oxford’s centre for global higher education that the situation in Australia in 2020 had been encouraged by successive governments and yet the government had shown “little sympathy” for the effects of the pandemic on universities. He cited the exclusion of universities from the JobKeeper wages subsidy as an example of the government’s approach.

On universities’ economic model, he said: “It’s been very much a joint university-government failed business model if it’s a failed business model.” Since the early 1990s, Australia has deliberately pursued full-fee overseas students, providing strong services to this cohort, including government support. By 2019, one third of all university students in Australia were from outside the country, he said, and education was the country’s third-largest export. What Marginson called the Australian model had been built on a “virtuous circle” of research driving rankings and those rankings then attracting students who helped pay for research.

In addition to his role at Oxford, Marginson has an honorary post at the University of Melbourne’s graduate school of education. He is originally from Australia.

His analysis shows that at the main research universities in Australia, around 60 per cent of research is funded by universities themselves through international student earnings.

Answering questions during the session, Marginson said that “still at the heart of [the Australian] government is the view that we don’t have to do this [research] ourselves”, with some bureaucrats still holding the view that expertise could be bought in from other nations using earnings from activities such as mining.

He said a perception that Australian vice-chancellors were overpaid had partly driven the reaction to the pandemic’s budget hits.

Among the government assistance offered to universities last year was a one-off A$1 billion package to support university research.

Oxford researcher Minto Felix, a second presenter at the seminar, warned that geopolitical considerations, such as the worsening relationship between Australia and China, could further hit Australia’s international student earnings and research relationships. As recently as last week, the Chinese education ministry again encouraged students to make a full risk assessment about studying in Australia, he said.

“The [Chinese] ministry of education has announced a taskforce to investigate the quality of education jointly delivered with Australian universities. In China there have also been concerns that have been propagated through media outlets through the ministry about racism [in Australia].

“Some of these concerns may seem unsubstantiated and others may be very genuine. Nevertheless, if sustained, it could have some significant impact on the desire and willingness of international students from China to come to Australian universities. On the other hand, we know that Australian universities are urgently seeking the return of international students and reassuring them that their campuses are safe places.

“Ongoing and escalating tensions between these two countries and global uncertainty may indeed impact Australia’s research capacity…and the ability of the global research community to [achieve] significant advances in knowledge.”

Earlier this month, Universities Australia said that higher education had shed at least 17,000 jobs and that they would “continue to talk with government about funding sustainability”.