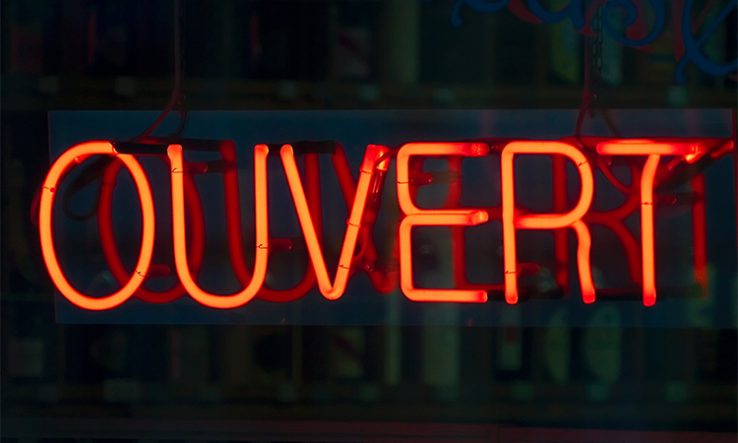 Higher education bosses and unions have called for a faster return to class and on-campus activities, after a French government decision excluded universities from a nationwide reopening on 28 November.

Across France, a lockdown imposed on 30 October was lifted over the weekend, with shops and places of worship reopening their doors. However, universities have been told by French president Emmanuel Macron to stay shut until 4 February, despite the fact that restaurants and sports clubs will reopen on 20 January, the same day on which secondary education will return to full classes.

On 26 November, French prime minister Jean Castex outlined the so-called deconfinement plan in more detail during a press conference. However, he re-stated that remote working should remain the norm for workers wherever possible.

The prime minister, along with labour minister Élisabeth Borne, announced that 20,000 part-time, temporary jobs would be created for students who drop out of university. This is part of the government’s One Youth, One Solution plan.

Castex said he hoped to meet soon with the Conference of University Presidents (CPU) to discuss the prospect of reopening lecture theatres.

However, the CPU said that the government’s plans had “aroused the emotion of the entire university community”, including its members, other unions and higher education staff. The organisation said that face-to-face classes and on-campus events should resume at the beginning of the second semester of the 2020-21 academic year, in mid-January.

“The CPU will of course respond to this call,” the group said. “It will defend the principle of a controlled, gradual reopening, from the beginning of January, and of accompanying students–the latter having been in distance learning for almost a year–to allow the total reopening of the establishments at the beginning of the second semester.”

Speaking to public broadcaster France Info, the minister for higher education Frédérique Vidal said she recognised the need for face-to-face classes. However, she also said the health crisis was too serious to ignore.

Writing on social messaging site Twitter, Vidal said that any plans for reopening would be discussed with the CPU. “Unlike during the first confinement, we have not closed the universities: the BUs [libraries] are open, practical work takes place in-person and computer labs are accessible by appointment,” she wrote. “We are trying to find a balance.”

Higher education unions warned the continued closure would have serious consequences. “This decision, once again taken without consultation and without any justification being given, will further aggravate the pedagogical, material and psychological difficulties not only of the students, but also of their teachers,” said academic union Snesup-FSU.

Snesup noted that Vidal promised in October to schedule weekly meetings with unions to discuss the crisis, but said the minister had not done so.

University union Sud Education decried the reopening schedule as undemocratic. Noting that students have only had a few weeks of on-campus classes in 2020, the union described the plan as a looming social and educational disaster.

“Religious services are resuming, shops are reopening, as well as cinemas, theatres and sports halls,” Sud Education said in response to the plans. “But for the universities, [there have been] no or few announcements, apart from the certainty that courses would not resume before February.”