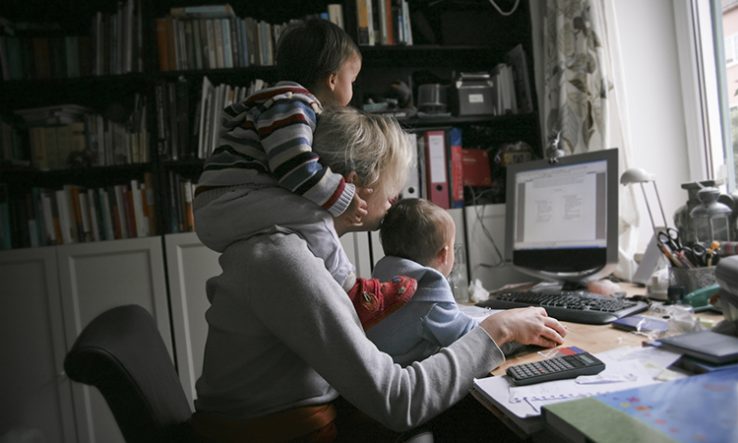 Working from home has left French researchers struggling with rules surrounding leave of absence, a lack of adequate equipment, childcare and psychological distress—according to a survey undertaken by research union SNTRS.

SNTRS, which is part of France’s CGT union confederation, surveyed 2,369 research staff at the country’s National Centre for Scientific Research (CNRS). Around 85 per cent of the respondents were researchers; the rest were service and support workers.

The union found that CNRS laboratories had “yo-yoed” on restrictions and mandatory sanitary measures throughout the Covid-19 pandemic. Researchers complained about the conditions of their workplace when they returned, the emotional turmoil caused by uncertainty over jobs and project success, and struggles to balance home working with looking after children.

“Based on these first results, we will propose a mobilisation in the next few days to advance the rights of research staff,” the union said in the introduction to its report.

The survey showed that a quarter of researchers felt they were not properly informed of their right to special leave of absence, a figure that rose to above 50 per cent among those working on university campuses. They also said that returning to on-site working was too often being enforced without consultation from the top down.

The return to face-to-face work was greater in pure research institutions than in universities, it found. Around 40 per cent of respondents said they were told to return to the workplace, even though they felt they could continue to work from home.

‘Working from home is not easy’

However, working from home was not easy for many, according to SNTRS. Only 44 per cent of those respondents who normally worked at a university campus said their home-working conditions were satisfactory, with complaints including a lack of equipment, connectivity costs, ergonomic issues and feelings of isolation.

The union also said that psychological distress had been widespread, affecting a third of respondents. Some 45 per cent of these had sought psychological help.

Problems with childcare and home schooling were raised by a quarter of respondents, while “solutions proposed by employers were not satisfactory”, the report said.

Half of all respondents reported that they were “unsuccessful or unsure of their ability” to combine looking after their children and working from home.