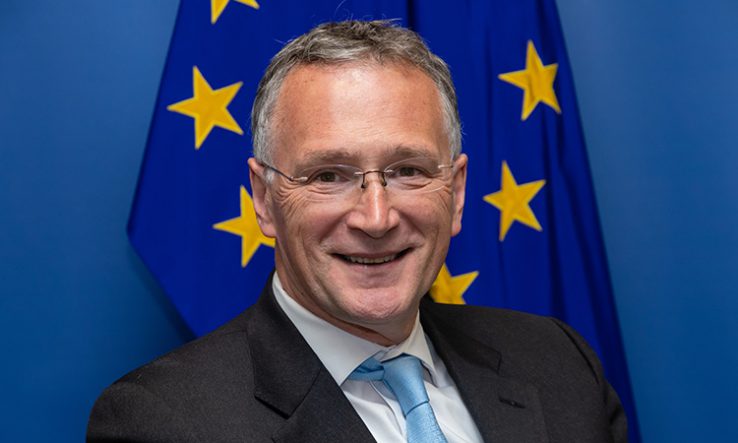 The president of the European Research Council has resigned after just over three months in the role, saying he was “deeply disturbed” that the governing board of the flagship funder rejected his proposal for a “special programme” of Covid-19 ERC funding.

“I thought that at a time like this, the very best scientists in the world should be provided with resources and opportunities to fight the pandemic, with new drugs, new vaccines, new diagnostic tools, new behavioural dynamic approaches based on science, to replace the oft-improvised intuitions of political leaders,” Mauro Ferrari (pictured) said in a statement provided to the Financial Times on 7 April.

Ferrari said that his proposal “was rejected unanimously by the governing body of the ERC…based on the notion that the ERC funds ‘bottom-up’ research: it does not specify focus areas or its funding objectives, nor does it consider beneficial impact on society as a funding criterion”.

But Ferrari has come in for immediate criticism for his move.

MEP Christian Ehler, a political coordinator for the European People’s Party group in the European Parliament’s research committee and a lead on the legislation underpinning the EU’s R&D programme, said he and his colleagues were not convinced by Ferrari’s explanation and that the ERC legally cannot dictate funding themes to researchers.

“Mr Ferrari’s recent proposal to deviate from the ERC’s researcher-driven approach was seen [by the Parliament] more as a window-dressing public relations stand on the coronavirus crisis and it was a contradiction to the legal basis of the ERC, which can and does in many ways contribute to the fight against Covid-19,” Ehler said.

Kurt Deketelaere, secretary-general of the League of European Research Universities, said on Twitter that the resignation was “regretful” but that “the bottom-up approach of the ERC and the role of the scientific council are key for its continued success, and must be respected”.

Ehler also questioned Ferrari’s commitment to his ERC role. “The Parliament…had to learn that during the first months of his mandate, [Ferrari] would spend more time in the United States than in Brussels,” he said. “This had been broadly seen as a contradiction to the job description of the head of one of our most prestigious research institutions.”

An Italian national who trained in mathematics, engineering and medicine before specialising in nanomedicine and applying it to cancer, Ferrari has spent most of his career in the US, where he has held faculty and leadership positions at several institutions including the National Cancer Institute.

The European Commission, which appoints both the ERC president and the funder’s governing scientific council, told Research Professional News that the resignation would be effective immediately, as requested by Ferrari.

A spokesperson said the Commission would put together a search committee to select the next ERC president as soon as possible, and that in the meantime one of the three vice-presidents from the scientific council would assume the responsibilities of the president.

The ERC is part of the EU’s Horizon 2020 R&D programme, other parts of which have already channelled funding to Covid-19 projects.

The EU has so far allocated at least €48.5 million from Horizon 2020 to Covid-19, on 18 projects covering the disease’s spread and potential treatments and vaccines. These have been funded under a part of the programme specifically dedicated to tackling health-related societal challenges.

The Commission spokesperson said that the EU “has the most comprehensive package of measures combating the coronavirus and it is deploying different instruments in order to have the biggest impact for solving the crisis”. They pointed to a planned €80m loan to the German company CureVac from the European Investment Bank, as well as the possibility to apply for up to €164m from the European Innovation Council.

The ERC itself has instructed grantees to contact it if they want to discuss “the possibility of addressing Covid-19 related research” in their existing projects or if their project should “result in any outcome that may be beneficial in providing solutions”.

Ferrari took up his post on 1 January after being appointed by previous R&D commissioner Carlos Moedas from a shortlist of three candidates. The shortlist was presented by a selection committee that included Alice Gast, president of Imperial College London; Fabiola Gianotti, director-general of Europe’s particle physics lab Cern; and former ERC president Helga Nowotny.