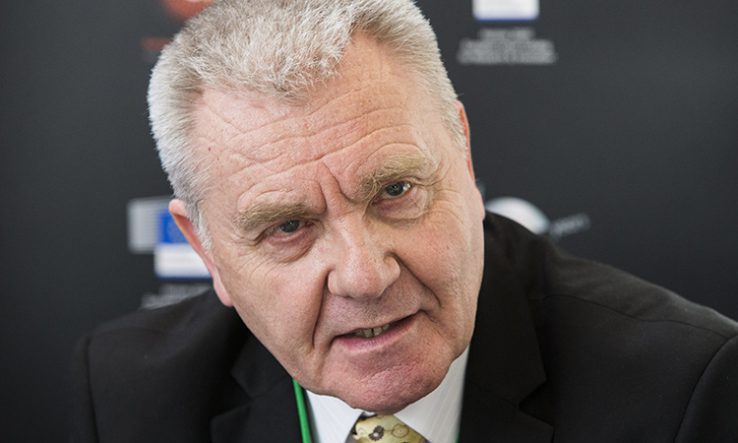 Jean-Pierre Bourguignon, who served as president of the European Research Council between January 2014 and December 2019, has been appointed to lead the flagship EU funder once again as its interim president.

The European Commission said on 24 July it had appointed Bourguignon to the role starting from 27 July and effective until the next permanent ERC president takes office, which is expected to be in 2021.

EU R&D commissioner Mariya Gabriel said Bourguignon “has the experience and the trust of the scientific community”. She said she has “full confidence that he will provide the leadership necessary to ensure a proper functioning of the ERC” during the crucial final preparations for the 2021-27 EU R&D programme, Horizon Europe.

Bourguignon’s return follows a period of rudderless tumult for the ERC, with his successor Mauro Ferrari having resigned on 7 April after just over three months in the role. Ferrari cited disputes with the ERC Scientific Council, an independent panel of researchers that helps to shape ERC strategy, and which the president chairs.

Earlier this month, the Scientific Council provoked consternation among groups representing early career researchers by pulling its support from the Plan S open-access initiative, saying it was concerned about the impact on young researchers. Former Commission R&D chief Robert-Jan Smits said the Council’s move revealed a strategic “leadership issue” at the funder.

The vice presidents of the Scientific Council thanked Bourguignon for returning.

“Given his remarkable dedication and vigor, and his understanding of the scientific and policy-making landscapes, it is excellent news for us and for the research community that he has accepted to shoulder this responsibility once more,” professors Dame Janet Thornton, Fabio Zwirner and Eveline Crone said.

Bourguignon said he was “honoured” by the trust shown in him by the Scientific Council and Gabriel. He said: “I see it as my duty to come back in the interim to lead an organisation that is so close to my heart.”

University representatives welcomed the appointment. Jan Palmowski, secretary-general of The Guild of European Research-Intensive Universities, said: “This is excellent news for the ERC, and it is fantastic news for Europe’s science community. The Commission could not have made a better appointment for the ERC’s interim president.”

This article was updated on 24 July with the reaction from Jan Palmowski.