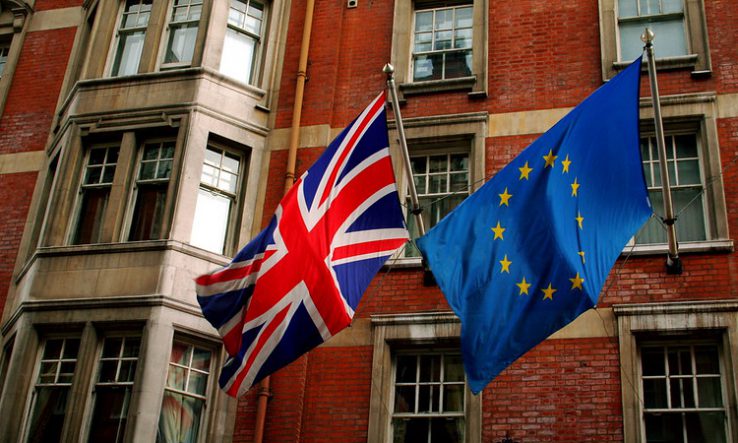 More than 100 senior representatives of EU and UK research and higher education organisations have endorsed a plan for how Brexit negotiators could compromise to achieve UK participation in the 2021-27 EU R&D programme.

The statement, coordinated by the UK biomedical charity the Wellcome Trust, published on 22 July, calls for “fresh energy” in the talks and sets out proposals on five contentious aspects of UK participation in Horizon Europe.

These areas are: the UK’s commitment to the programme, its financial contributions, legal oversight by the European Court of Justice, researcher mobility arrangements, and exploitation of research results.

Like the Swiss government did in May 2020, the UK should signal its intent to participate in Horizon Europe by explicitly setting aside funding for doing so, the plan suggests. Such a move would “build trust”, it says.

On financing, the UK must accept the need to pay a “reasonable fee” to cover administration costs, while the EU must introduce a two-way correction mechanism to ensure neither side is left significantly out-of-pocket—including if UK researchers’ success in applying for Horizon Europe funding does not come close to the UK financial contribution.

“Current proposals are likely to create a financial imbalance that would be too much for the UK to reasonably pay, with no limit to how large this imbalance could become”, the plan warns. “The current EU text includes a ‘one-way’ correction mechanism to ensure the UK cannot be a net beneficiary of programme funding, but does not protect the UK from inappropriate imbalance in the opposite direction, which is more likely.”

Thirdly, the UK should accept that the European Court of Justice must be the ultimate arbiter of Horizon Europe funds, as the United States does for the current EU R&D programme, Horizon 2020. Court oversight would be limited to grant holders and have no impact on national laws, according to the plan.

In addition, the plan calls on both sides to ensure that reciprocal researcher mobility arrangements are written into the agreement on UK association to Horizon Europe. The UK already has a visa linked to specific sources of funding—its Global Talent Visa.

Finally, the plan calls on the EU to allow the results of Horizon Europe research carried out in the UK to be exploited there, as well as in EU member states. At present, draft EU regulation is unclear on this point, it says.

The cross-channel, compromise-seeking statement has been signed by the heads of influential international, pan-European, national and disciplinary organisations, as well as the leaders of some individual institutions. Signatories included Pascal Lamy, the former World Trade Organization director-general who advised the EU on the design of Horizon Europe, and Peter Piot, the world-renowned virologist who is the chief Covid-19 adviser to the European Commission president.

Its publication comes the day before the sixth round of Brexit talks are due to turn again to the UK’s participation in EU programmes, including Horizon Europe and the civil nuclear collaboration Euratom.

Commenting on the statement, the head of the Russell Group of UK universities, Tim Bradshaw, who was also a signatory, said the scientific community of many nations “has joined together to underline not just the importance of that collaborative relationship but also the need for all parties to protect it”.