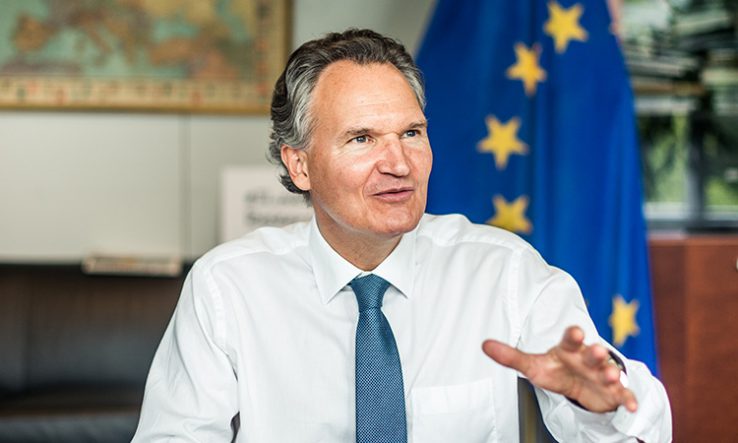 Robert-Jan Smits, the former top R&D official at the European Commission, has expressed concern about the strategic leadership of the European Research Council after its governing body reversed its stance on the open-access initiative Plan S, a scheme he helped to orchestrate.

The decision by the ERC Scientific Council to withdraw its support from Plan S, announced on 20 July, “shows that the ERC Council is facing a leadership issue”, according to Smits (pictured), who was the chief architect of Plan S in his last year at the Commission as its open-access envoy. “I do not mean scientific leadership; I mean in particular strategic leadership,” he added.

The ERC has been without a president, who chairs the Council, since April, when Mauro Ferrari resigned from the role after just over three months due, in part, to disagreements with the Council over how the ERC should respond to Covid-19.

Mariya Gabriel, the R&D commissioner, said in June that the Commission was “quite close” to appointing an interim president, with a permanent replacement for Ferrari due hopefully by the end of the year. As yet, however, no interim president has been appointed.

Smits said: “Let’s hope a new president of the ERC Council will provide this [strategic leadership]…soon.”

Under Plan S, funders will require the researchers they support to make resulting papers openly available immediately from 2021 in outlets that meet certain criteria. The ERC, along with the broader EU 2021-27 R&D programme in which it will sit, Horizon Europe, is due to align with Plan S.

Having previously expressed support for Plan S, the ERC Council said it was withdrawing that support due to concerns over how Plan S will affect researchers’ needs—“especially those of young researchers”. It said it thinks a lack of Plan S support for hybrid journals offering subscription and open access options “will be detrimental”.

The ERC Council insisted it “is committed to implementing full and immediate open access”, and that its members “are participating constructively in various activities aimed at making open access a reality”.

But Smits blasted the ERC Council’s move as “bizarre” and said it came as a “slap in the face” to the Commission and Coalition S, the group of funders behind Plan S.

“What message does the ERC Council want to pass?” he asked. “That the ERC Council is backtracking on open access? And this now, when the world is in desperate need of a vaccine, which requires more than ever cooperation and openness between scientists.”

He said the decision “could not come at a worse moment” given the context of the pandemic—which he said had “shown the importance of making the results of publicly funded research immediately available”—and the negotiations on the 2021-27 EU budget.

“Alienating your best and most powerful friends in such a crucial stage of the [budget] negotiations…is not very clever. You don’t need to be a top negotiator to realise this,” he said.