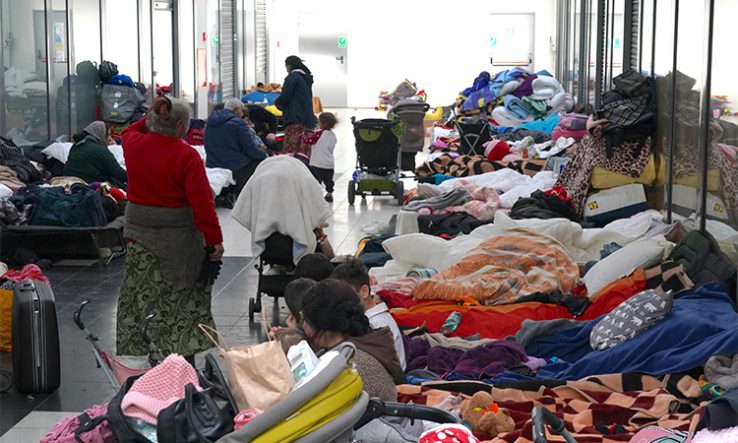 The European Research Council has launched an initiative to help researchers who are seeking refuge from the Russian invasion of Ukraine.

All 5,600 current ERC grantees have been contacted by the European Commission on behalf of the funder’s Scientific Council, asking them to support the initiative.

Emails asked grantees if they could support “an initiative to make job offers related to ERC grants reach refugee researchers from Ukraine”.

“You may be planning to hire team members for your ERC-funded project and I would ask you to consider filling these posts with refugee researchers from Ukraine whose expertise matches your needs,” the emails read.

The ERC announced the launch of the initiative on 18 March, after it was reported by Research Professional News. The funder said it was appealing to its grantees to provide temporary employment to refugee researchers and support staff, such as technicians and lab managers.

Use of existing grants

“ERC grantees are encouraged to use their existing grants, already awarded, to fund new recruits,” the funder said. Its president Maria Leptin said: “We call on ERC grantees and on universities and research centres hosting them: open your labs and open your teams to researchers who had to flee the war in Ukraine… This is only one way of giving a helping hand—it’s crucial that the scientific community stands together.”

One ERC grantee who received an email, Mario Pansera at the University of Vigo in Spain, tweeted that he thought the initiative was a “great” one. However, he questioned why a similar scheme had not been set up previously to help other refugees, including those from Afghanistan, Iraq, Palestine and Syria.

An ERC spokesperson told Research Professional News: “The ERC had already prepared a proposal earlier this year for a new measure in its next work programme (due out this summer) to facilitate applications from all researchers seeking asylum.”

They said that the ERC’s “acute response to the extreme situation in Ukraine” should be seen in the context of other EU actions in response to earlier crises, such as the creation of the opportunity information portal Science4Refugees.

In addition, they said that the activation of the EU’s Temporary Protection Directive meant that people arriving in the EU from Ukraine have the right to work immediately, which is not necessarily the case for other refugees.

Other projects in the works

Academic organisations and politicians around the world are stepping up their efforts to support Ukrainian researchers, with the Russian invasion devastating Ukraine’s infrastructure and forcing citizens to flee for their lives. More than 700 civilians have been killed in the conflict, according to the UN, and more than three million people have fled the country, with some arriving at refugee centres in places like Młyny in Poland (pictured).

On 18 March, MEP Christian Ehler reiterated on Twitter a report from Research Professional News that he was rejuvenating a push to set up a European pilot project to support refugee researchers.

“We will resubmit this pilot project this year, but that would be limited in size, and money would only start flowing in 2023—that is too late,” Ehler tweeted. He called on the Commission and EU member states to “consider setting up a fellowship scheme now”, adding that politicians could amend the legislation underpinning the EU’s Horizon Europe R&D programme if needed.

“This has to be a centrepiece in a much broader policy which also addresses access to visa procedures for scholars at risk,” Ehler said.

Update 18/3 – This article was updated when the ERC released its announcement.