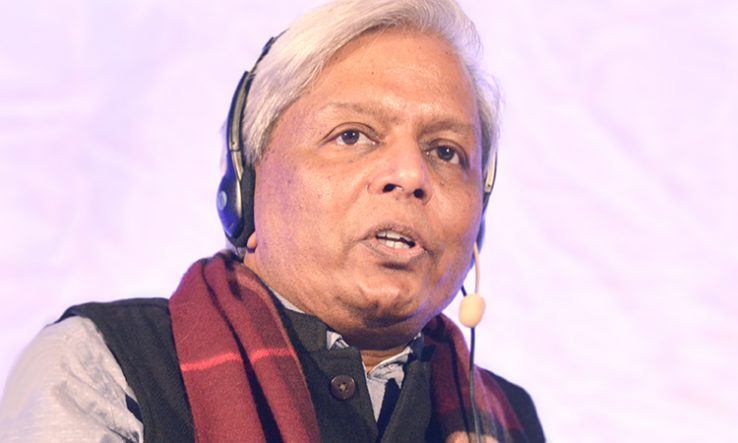 The principal scientific advisor to the Indian government, K Vijay Raghavan (pictured), has reversed his February announcement that public research organisations in the country would join the group of funders participating in the open-access initiative Plan S.

Research Professional News asked Raghavan to confirm a report from The Wire, an Indian news website, that he said at an event in Bengaluru on 25 October: “We are not joining Plan S.”

In an email, he said India is discussing its next steps on open access, and would take decisions in the best interests of its researchers.

“It is quite possible that our directions have overlap with Plan S, but again we will pivot, essentially, on the demands of contexts,” he said. “We will be in touch with Plan S and with other such efforts globally.”

In February, Raghavan gave a big boost to the international ambitions of Coalition S, the group of funders backing Plan S, when he announced on Twitter: “India joining Coalition S, will optimise it to our benefit”. At present, 14 of the 17 national funders signed up are based in Europe.

Responding to the reversal, the open-access champion for Coalition S Johan Rooryck said: “We will continue to work with our colleagues in India and elsewhere and encourage them to develop open-access policies that are fully aligned with Plan S.”

Rooryck said India had identified challenges presented by Plan S, and that Coalition S is “working with funders worldwide who are fully supportive of open access but seek help on the practicalities”.

Funders that sign up to Plan S will require the researchers they support to make their work openly available immediately through approved outlets from 2021. Some researchers and publishers oppose the initiative, saying it will limit publishing options or prove financially unsustainable—the latter a concern that India also raised, according to the The Wire.

India’s moves towards open access include the August launch of a community-led preprint platform called IndiaRxiv.