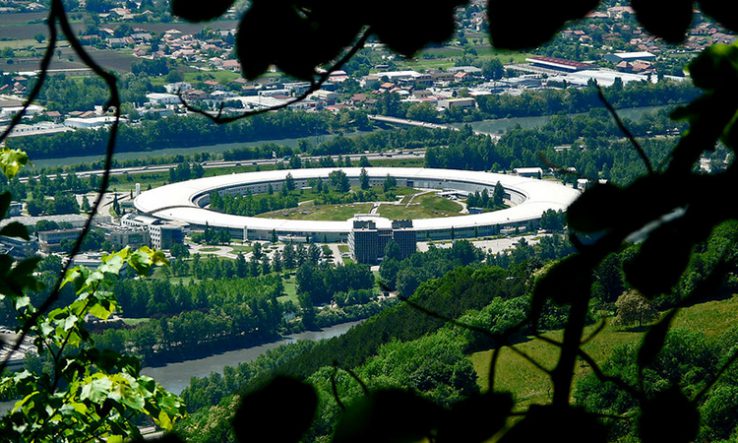 Cern and ESRF say science will continue despite Covid-19 resurgence

With much of Europe in the midst of a second round of Covid-19 lockdowns, two of the bloc’s major R&D facilities have said that science will go on—without the closures that marked the first wave of the pandemic.

On 13 November, the European Organization for Nuclear Research, Cern, told Research Europe that it is remaining open but trying to minimise the number of people at its laboratories located on the Franco-Swiss border in Geneva, Switzerland, with those able to telework required to do so.

In a similar move, the European Synchrotron Radiation Facility (pictured), based in Grenoble, France, said on 10 November that it will remain open despite a nationwide lockdown from 30 October 2020 until 1 December.

New, confirmed Covid-19 cases in France topped 320,000 for the seven-day period ending on 13 November, according to the World Health Organization—with the country becoming the hardest-hit European nation to date.

But the ESRF said that during this second confinement period it “will not close” although its programme will be “implemented at a reduced level, continuing to ensure the protection and safety of ESRF staff and visitors and reducing the presence of people on site”.

The group said that its facilities and support labs will be kept operational, with researchers performing experiments remotely and all meetings carried out virtually when possible.

During the first wave of Covid-19 in the spring, the ESRF closed on 16 March. Prior to the shutdown, its director general Francesco Sette said that “only those staff members whose presence is required will be allowed to come to the ESRF site”.

A spokesperson for Cern told Research Europe: “Cern has adapted its framework for on-site activities and telework, to enable continued effective operations of the lab, underpinned by measures to ensure the safeguard of the health and safety of everyone on-site.”

The stance represents a departure from Cern’s policy in March, when the entire site closed due to Covid-19.

Elsewhere too, the show goes on despite Covid-19. On 11 November European Research Council, which issues prestigious grants for curiosity-driven research, wrote in its updated “business continuity measures” that “currently, we do not anticipate any delays in upcoming evaluations”.

The ERC continues to organise all panel evaluations remotely, something it has done since March, when Covid-19 infections spiked in Europe. The funder added it has introduced “maximum flexibility on the eligibility of personnel costs, in particular on teleworking costs”.