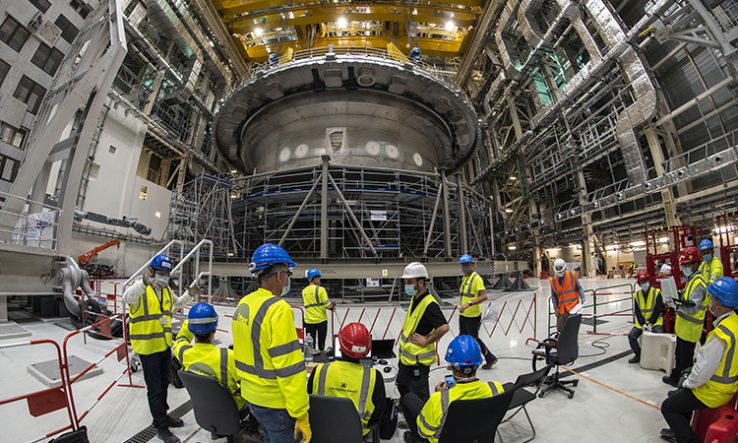 An international project to demonstrate the viability of fusion energy by building the world’s largest nuclear fusion reactor, called Iter, has marked a milestone as it prepares to begin the assembly phase.

In a semi-virtual ceremony held partly on site in south-eastern France on 28 July, representatives from China, the EU, India, Japan, Russia, South Korea and the United States cheered the engineers and administrators building the machine.