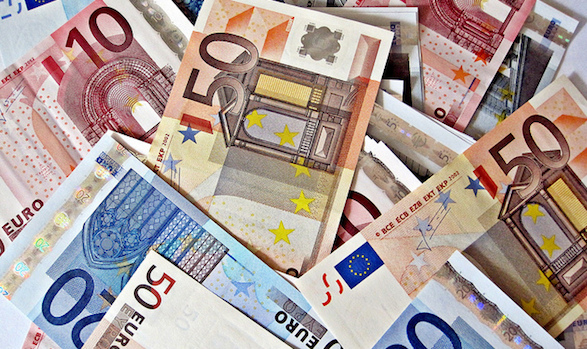 Up to €60 billion targeted, of which 30 per cent might have gone to innovation

Governments of EU member states are set to be given the option to spend all of their remaining regional cohesion funding for 2020 on the Covid-19 pandemic, potentially resulting in a loss of about €18 billion for innovation or €6bn for R&D more narrowly.

The proposal to relax rules on how cohesion funding is spent was announced by the European Commission on 2 April. A Commission spokesperson told Research Professional News the announcement applies to €50-60bn of unallocated funds.

“All uncommitted money from the three cohesion policy funds—the European Regional Development Fund, the European Social Fund and the Cohesion Fund—will be mobilised to address the effects of the public health crisis,” the Commission announced, later clarifying that this would not be mandatory.

The figures of losses of up to €18 billion for innovation and within that €6bn for R&D are estimates by Research Professional News, based on how cohesion funding is generally spent.

According to the Commission website, “some 30 per cent of the total cohesion policy allocations are invested in innovation in the wider sense.” Commission data show that, of the €643bn expected to be spent through cohesion funding in the 2014-20 budget period, €65bn was due to be spent on R&D in the narrower sense.

Cohesion funding is the biggest source of EU support for R&D in those countries that are less successful at winning funding from the dedicated competitive R&D programme, Horizon 2020. For example, Poland has so far allocated €8bn of its 2014-20 EU cohesion funding to R&D, but has won only €541 million from Horizon 2020, according to Commission data.

The funding is allocated based on factors including member states’ population size and how far their regional economies lag the EU average. Leading the pack behind Poland in R&D allocations, to date Spain has allocated €5.3bn, Germany €4.4bn and Italy €4.2bn.

Member states that take up the option to reallocate funding could chose to spend it on innovation or R&D related to Covid-19, and therefore the amounts they allocate to innovation and R&D could end up being higher than they might otherwise have been.

The Commission declined to comment on whether member states will take up the option or what this might mean for R&D allocations. But a spokesperson for the Council of the EU, which brings together national governments, said “most member states wanted these legislative changes to help them tackle the consequences of the pandemic”.

In normal circumstances, member states have to spend cohesion funding on “interventions that bring the greatest added value in relation to the Union strategy for smart, sustainable and inclusive growth [including] support to research and innovation”, according to the Commission.

But it said in its announcement: “In the current circumstances of the coronavirus outbreak, it is justified to exceptionally exempt member states from the need to comply with these thematic concentration requirements until the end of the programming period.”

The Council and the European Parliament would have to approve the proposal before it comes into force, and they have the power to amend it.