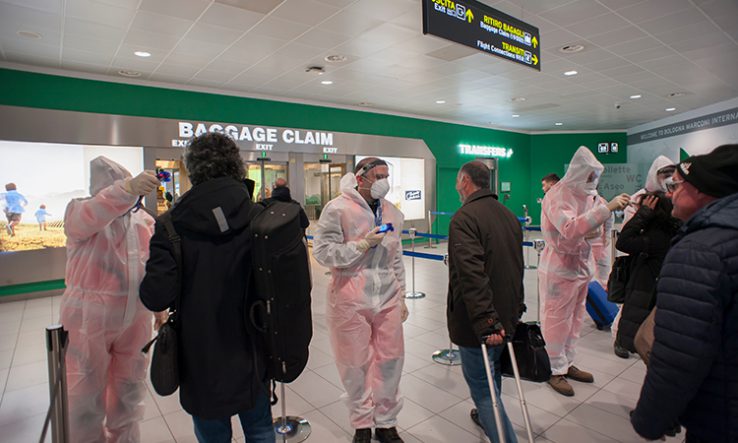 The Istituto Superiore di Sanità, Italy’s health institute, and the country’s national science academy have signed a deal on providing access to detailed data on the Covid-19 pandemic.

The agreement, officially declared on 17 November, might become a turning point in what has proven to be a long battle to publish such data for further research. The agreement was prematurely announced in a press release on 11 November and sparked controversy among scientists, who complained that the degree of confidentiality required by the Accademia dei Lincei, the Italian academy of sciences based in Rome, was not made public.

Upon signing the deal with the academy, ISS president Silvio Brusaferro said: “I firmly believe in the importance of making the data available to the scientific community, and I am particularly pleased if this happens with an authoritative and prestigious partner such as the l’Accademia dei Lincei.”

The president of the academy, Giorgio Parisi, told Research Professional News that he was unhappy about the criticism that had met the deal. Parisi, a renowned theoretical physicist, said the partnership between two research institutions to work together on a specific task had little to do with making Covid-19-related data openly available.

“We have been working with Brusaferro on this agreement since last spring, but ISS needed a government act authorising them to share the data, and this only arrived recently,” Parisi said.

In June, the academy published a document pleading for full openness. “Data collected by regions and communicated to the government must be publicly available so that everyone, scientists included, can follow directly the evolution of the health situation in each Italian region,” the Accademia dei Lincei stated. “The transparency on all data concerning the Covid-19 pandemic is fundamental for democracy.”

A similar request is now part of a public petition supported by 127 organisations and signed by 32,600 people so far. The petition demands that all data on Covid-19 should be made available in a machine-readable format and with adequate meta-data that guarantees its quality.

But the deal signed between the academy and the ISS seems to be more limited in scope. According to their statements, the two institutes “will work together to develop models that will analyse the evolution of the epidemic and its impact on the national health service”. The agreement has a duration of one year.

Asked about the confidentiality clauses in the agreement, Parisi said: “We accepted not to share raw data but did not agree on confidentiality on the results that we will produce, based on access to data.”

In June this year, controversy around Covid-19 data confidentiality erupted after excerpts from a government report—including dozens of model-based scenarios on the coronavirus pandemic—were leaked to the press. The report was used by the Italian government to plan the gradual reopening of the country.

Stefano Merler, the main author of the report, told Research Professional News that his group was “disoriented” by the government request for confidentiality on the content of the report.

Parisi said the Accademia dei Lincei would push for more transparency under the agreement.

“We are a public institution and part of our mission is consulting for public decision-makers at all levels,” Parisi said. “We see this as the first step in the right direction, and once we will know more on the data that are available we will suggest that they are all made publicly available, except when reasons such as privacy suggest otherwise.”