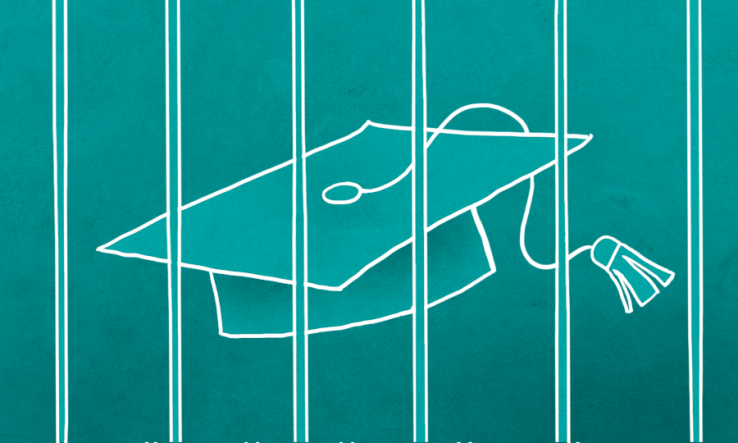 Academic freedom campaigners have expressed deep concern about ongoing developments in Turkey, including what they described as political interference and “arbitrary dismissals” of senior staff from one of the country’s most prestigious universities.

The non-profit organisation Scholars at Risk and the Magna Charta Observatory of Fundamental University Values and Rights both wrote to Turkey’s president Recep Tayyip Erdoğan this month, as well as to the president of Turkey’s Council of Higher Education, Erol Özvar, and the rector of Boğaziçi University, Mehmet Naci İnci.

In their letters, the organisations in particular expressed concern about what SAR described as “a year-long pattern of escalating violations of academic freedom and institutional autonomy at Boğaziçi University—one of Turkey’s most prestigious universities—marked most recently by the arbitrary dismissals of three faculty members from their deanships”.

The organisations said they understood that in January, Turkey’s Council of Higher Education ordered that Özlem Berk Albachten, Metin Ercan and Yasemin Bayyurt be stripped of their dean titles, which SAR said was “in apparent retaliation for their participation in, and support for, a year-long protest movement decrying the erosion of institutional autonomy and academic freedom” at the university.

SAR said this left the university without any deans elected by their peers, “suggesting an intentional government-led appropriation of the university’s academic leadership”.

The governing council of the Magna Charta Observatory, which oversees a set of principles of university values, said the removal of the deans from their roles “violates the established rules and practices of university governance and infringes on the autonomy of the university”.

Both organisations expressed concern about the treatment of staff and students at Boğaziçi University following what SAR described as “Erdoğan’s unilateral appointment” of the previous rector of the university, Melih Bulu, who it said was “a political ally” of the president.

“Attacks on student expression and faculty dissent have continued since the dismissal of Bulu and the appointment of his successor, Mehmet Naci İnci, with faculty and students repeatedly facing violent force, arrests and detentions, as well as criminal investigations and prosecutions for their peaceful protests and opposition to the new rector,” SAR said.

Research Professional News contacted the office of the Turkish president, the Council of Higher Education and Boğaziçi University for comment. Only the council responded, saying that “universities are not institutions to be governed solely by the scientific knowledge and administrative experience of a rector” and that “senior administrators at Turkish universities should listen to all components of the university”.

On 4 February, Naci İnci tweeted that the deans were “dismissed […] not because of their opinions and thoughts, but because of […] disciplinary investigations” into their performance of their duties. He said appointed replacements were “temporary”, that the Council of Higher Education would appoint permanent replacements in accordance with the law and based on recommendations by the university rectorate, and that Boğaziçi University was not acting against academic freedom.

SAR and the governing council of the Magna Charta Observatory both also expressed concern about infringements of academic freedom in Turkey more broadly.

SAR called for the reversal of dismissals of targeted faculty and students, and a “restoration of the democratic norms and traditions of the rector appointment process”.

The European University Association shared the letters, tweeting that it was “concerned by the deteriorating state of university autonomy and academic freedom in Turkey”.

Update 28/2 – This article was updated with the comments from the Council of Higher Education.