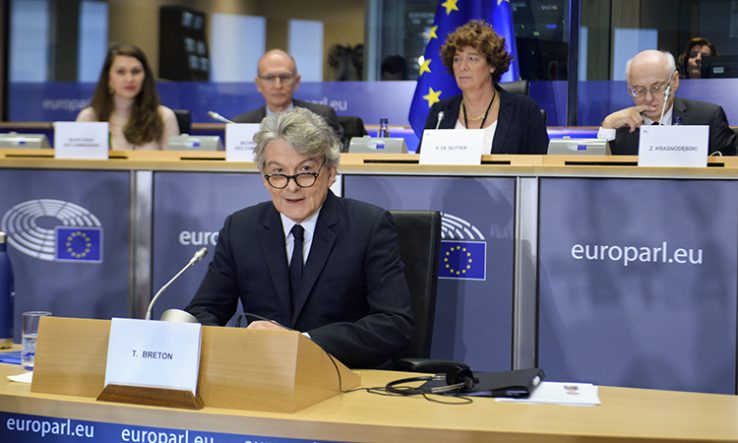 Thierry Breton has won the European Parliament’s approval to become EU commissioner for the internal market, with responsibility for industry, digital, space and defence research—subject to a group vote on all commissioner nominees.

A hearing on 14 November focused mainly on how Breton would remove remaining barriers to the EU’s single market, but also touched on potential conflicts of interest, after such issues felled the first internal market nominee, Sylvie Goulard.