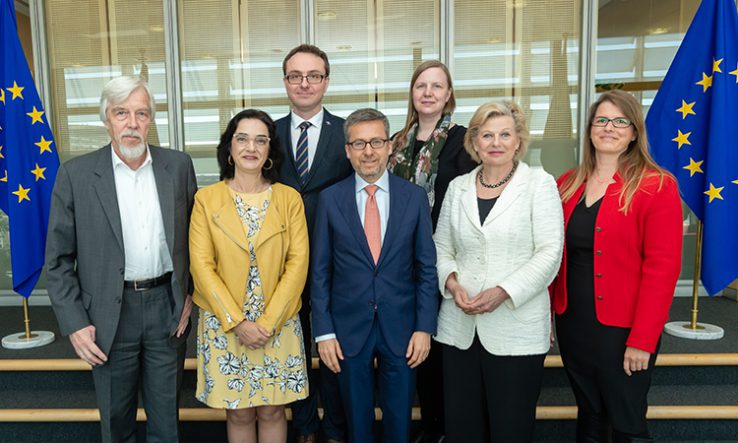 The European Commission’s seven chief scientific advisers have decided that outreach and communication skills will be important characteristics for two replacement members due to be brought in next year.

Biologist Janusz Bujnicki (pictured third from left) and materials scientist Elvira Fortunato (pictured second from left) are due to leave the group by the middle of May 2020, having been members since its launch in January 2016. At a meeting in September, the group talked about “the preferred profiles for candidates” to replace the departing duo, according to minutes published this week.