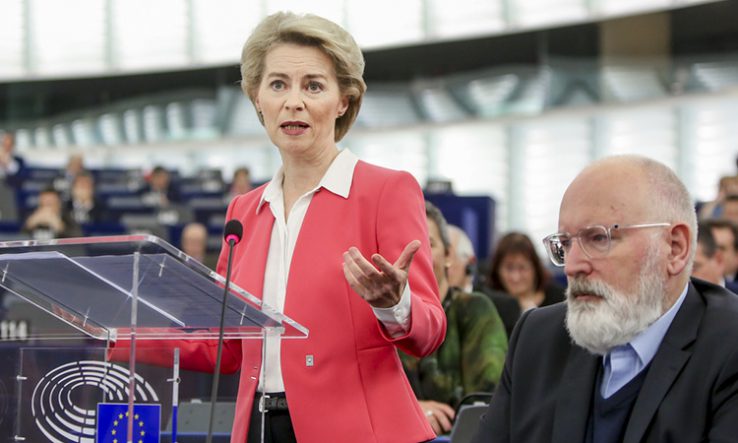 The European Parliament has approved the European Commission of incoming new president Ursula von der Leyen, by a vote of 461 to 157 on 27 November.

In a speech before the vote, von der Leyen made the surprise announcement that she would change the title of the portfolio that will include responsibility for research, from Innovation and Youth to Innovation, Research, Culture, Education and Youth.

Mariya Gabriel, the Bulgarian politician who is currently digital commissioner, will take on that role. She was one of the 27 commissioners approved by the Parliament in the group vote. Von der Leyen said that the portfolio was “in safe hands” with Gabriel.

Kurt Deketelaere, secretary-general of the League of European Research Universities, said that the change to the portfolio title was “a much better reflection of its content”. Academic groups had pushed for the change in the weeks von der Leyen spent trying to convince the Parliament to back her college of commissioners.

Christian Ehler, an MEP in the Parliament’s research committee, said committee members wrote to von der Leyen yesterday asking for the title change, and that she had chosen to listen to “all the worried stakeholders”. He added: “The balance between research and innovation will ensure the success of [the EU’s 2021-27 R&D programme] Horizon Europe.”

Von der Leyen also praised Thierry Breton, who as internal market commissioner will have responsibility for industry, digitisation, space and defence research. She said she could “not imagine anyone better able” than the French former head of the IT services company Atos to develop a strategy for enabling governments and companies to securely pool their data and open it up for innovation.

Europe has “all the scientists and all the industrial capabilities it needs to be competitive” in “key technologies” including quantum computing, artificial intelligence, blockchain and computer chips, von der Leyen said. She called on countries to “pool our resources, our money, our research capacity, our knowledge” to develop European leadership in such technologies.

The continent also offers people “space to think”, she said, stressing that innovation needs not only brains, but also diversity. “People want to live here, want to do research here, want to shape the future here,” she said.

Facilitating innovation through a new industrial strategy will be a “core” part of the European Green Deal package of investments her Commission will make to combat climate change, von der Leyen said. Achieving climate neutrality by 2050 “will need massive investment in innovation, research, infrastructure, housing, and the training of people”, from both public and private sources at EU and national level, she said.

Her “geopolitical” Commission “will lead the way on the great global issues” such as climate change, von der Leyen promised, including by investing in coalitions and alliances to advance Europe’s values. She praised EU-US links, citing the “thousands of students, researchers, entrepreneurs” who continue to build “zillions of friendships, business contacts, and science projects” across the Atlantic.

The European University Association congratulated von der Leyen on her confirmation, saying that research, innovation and education would help the Commission achieve its goals. “Universities are ready to join forces with you,” the EUA tweeted.

The new Commission will officially start on 1 December, and will serve a five-year term.