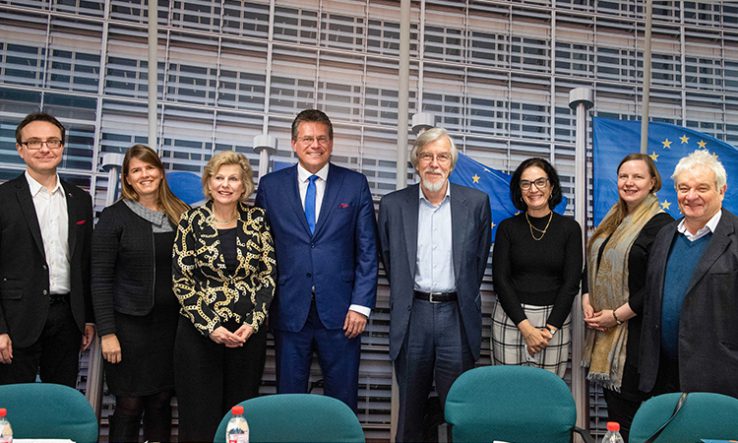 EU R&D commissioner Mariya Gabriel has appointed three advisers to the seven-member Group of Chief Scientific Advisors to the European Commission. The group advises the EU institution on all policy areas on request, and on scientific advice for policymaking itself.

The trio were nominated by research organisations through an open call, before being shortlisted by an independent committee. They will support the EU by providing “first-class, independent scientific advice”, the Commission said, including contributing to forthcoming advice on plastics in the environment, energy-supply transition and crisis resilience.

Kruusmaa is vice-rector for research at Tallinn University of Technology in Estonia; Melloni is based at the University of Modena and Reggio Emilia in Italy; and systems analyst Nakicenovic directs the report The World in 2050, which projects global economic changes.

Nicole Grobert (pictured second from left), a professor of nanomaterials at the University of Oxford in the UK, is now chairing the group, with Nobel laureate Paul Nurse (pictured far right), a cell biologist who is director of the Francis Crick Institute, also in the UK, serving as deputy chair.

The Group of Chief Scientific Advisors is the most prominent part of the Commission’s Scientific Advice Mechanism, which also includes input from learned academies.