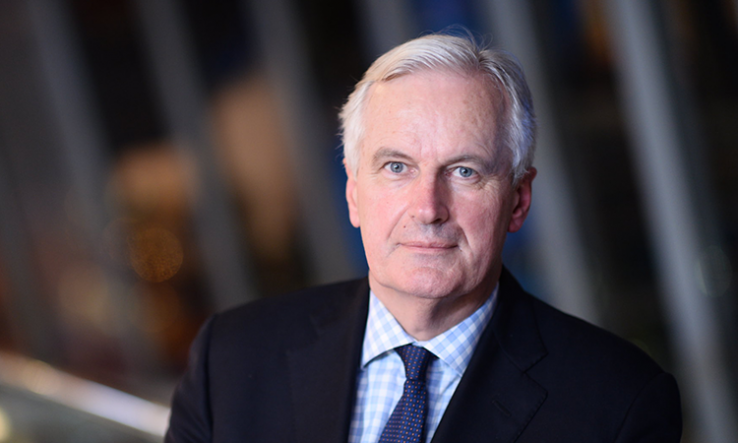 The EU’s chief Brexit negotiator Michel Barnier has tested positive for Covid-19, he has announced, amid media reports and much speculation that the UK will seek an extension to its transition out of the bloc because of the disruption caused by the pandemic.

“I would like to inform you that I have tested positive,” Barnier (pictured) said on Twitter on 19 March. “I am doing well and in good spirits. I am following all the necessary instructions, as is my team. For all those affected already, and for all those currently in isolation, we will get through this together.”

EU and UK Brexit negotiators had already announced on 12 March that they were calling off face-to-face meetings due to the pandemic, and “exploring alternative ways to continue discussions including, if possible, the use of video conferences”.

With Covid-19 spreading rapidly in Europe, the UK has joined other countries in implementing strict controls on people’s movements. Most government business unrelated to the pandemic is rapidly grinding to a halt, prompting reports the Brexit negotiations could be postponed and the UK could seek an extension to the current transition period.

The UK government has insisted it will not seek an extension to the transition period, which began after the UK left the EU on 31 January and lasts until the end of 2020. But it is facing demands to change its stance due to the pandemic, and according to reports a shift is only a matter of time.

During the transition, the UK has almost full access to current EU programmes, which also run to the end of the year, including the Horizon 2020 R&D programme and Erasmus+ academic mobility programme. Under the terms of the EU-UK withdrawal agreement, the transition period can be extended once for up to two years, provided that the EU and UK agree to this before 1 July. Agreement would require the UK to commit to budgetary contributions and other measures.

An extension would have limited impact on research collaboration. Research Professional News understands the UK would retain unfettered access to the EU’s Single Market and Customs Union, but—just as it would have to if no extension were agreed—it would have to negotiate access to 2021-27 EU programmes under rules for third-country participation that, in most cases, are yet to be finalised by EU member states.

The withdrawal agreement states: "the UK shall be considered as a third country for the purposes of the implementation of the [EU] programmes and activities committed under the [EU budget] applying as from the year 2021".

For the Horizon Europe R&D programme, some politicians have suggested non-EU countries should not be allowed to participate in certain funding schemes, such as those for single researchers or small businesses. Whatever happens with Brexit, the UK will be bound by such terms, which are tied up in protracted negotiations over the EU’s next seven-year budget.

Meanwhile, a draft EU text on the legal basis for the bloc’s future relationship with the UK, published on 18 March, makes numerous references to cooperation on research in areas such as antimicrobial resistance, animal welfare and modernising air traffic systems.

The document also mentions cooperation on nuclear research, with “specific terms and conditions” yet to be determined for the UK’s participation in the EU’s Euratom nuclear research and training programme and the Iter nuclear fusion reactor programme.