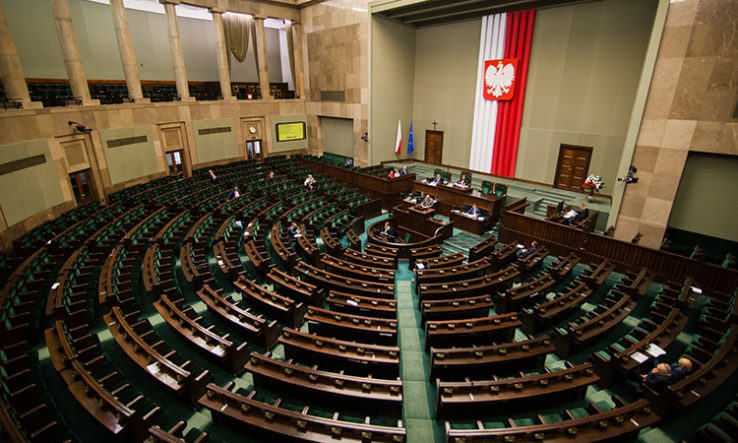 A move by the Polish government to secure legal supremacy over the EU is delaying the country’s receipt of tens of billions of euros in Covid recovery funding intended for investment in areas including R&D, and in an extreme scenario could cause Poland to leave the bloc, politicians have warned.

On 7 October a Polish court ruled that the country’s constitution has primacy over EU law in certain areas, in response to a challenge brought by prime minister Mateusz Morawiecki. The ruling has sent shockwaves through the EU and prompted calls for a tough response from the bloc.

The European Commission issued a statement saying the ruling by the Polish Constitutional Tribunal “raises serious concerns in relation to the primacy of EU law”. The Commission said it would analyse the ruling and decide what steps to take, warning it “will not hesitate to make use of its powers” to safeguard law in the union.

Polish government spokesman Piotr Müller wrote on Twitter: “It should be clearly emphasised that Poland—on the principles set out in the Constitution of the Republic of Poland—respects the applicable norms of EU law to the extent that they have been established in areas explicitly and expressly provided for in EU treaties.”

But the largest political group in the European Parliament, the European People’s Party Group, warned that Poland’s governing Law and Justice party was “pushing Poland on the road to Polexit”—an exit from the EU. MEP Jeroen Lenaers, an EPP Group spokesman, said the EU should withhold funding from Poland until the situation is resolved.

“EU member states must not stand by idly when the rule of law continues to be dismantled by the Polish government. Neither can the European Commission. Our money can’t finance the governments which mock and negate our jointly-agreed rules,” Lenaers said.

During a parliamentary debate that same day, many MEPs said the Commission should not approve the plans of Poland or Hungary for their shares of the bloc’s €750 billion Covid-19 recovery fund—worth €36bn and €7.2bn respectively—until concerns about the rule of law in both countries have been laid to rest.

Following the ruling, the liberal Renew Europe Group, the Parliament’s third largest group, called on the Commission to “refrain from approving” Poland’s plan for its share of the fund “until it is certain that the EU’s fundamental values and laws are upheld in Poland”.

So far, 22 of 25 national plans for using the Covid recovery fund on investments and reforms have been approved by the Commission. Only the plans of Hungary, Poland and Sweden are awaiting approval. Bulgaria and the Netherlands have yet to submit plans.

Poland is one of many countries that intends to use part of its share of the fund for investments and reforms around research and innovation, with a focus on science-business collaboration.