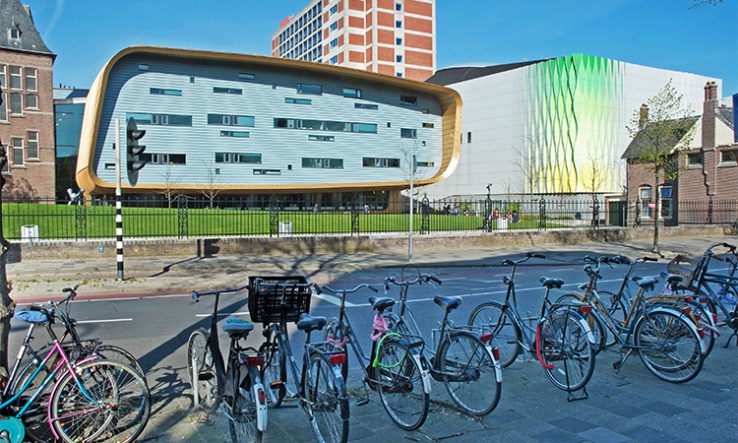 Campus activities resuming in some countries as EU braces for 7.5% hit to GDP

Universities throughout Europe have begun to reopen laboratories and classrooms after closures forced by the coronavirus pandemic, but many figures in research and higher education fear that the worst of the storm has yet to hit.

A report released this week by the European University Association suggests the crisis will have a long-term impact on many universities’ bottom lines. An expected hit to EU GDP of at least 7.5 per cent—“far deeper” than that of the 2008 financial crisis—is likely to severely affect the support institutions can expect from governments.

“It’s clear that the economic situation will be very difficult for many systems—the big question is for how long,” Thomas Estermann, the EUA’s director for governance, funding and public policy development, told Research Europe.

As with the financial crisis, the severity and timing of cuts to university income will vary by country. But Estermann said the new scenario poses additional difficulties.

“This is a completely different situation from 2008—it’s not only economically difficult but there are also lots of transformative changes that universities have to face,” he said, citing the loss of researcher mobility and the capacity of universities to safely accommodate students as examples.

Lockdown measures, such as the switch to online learning, have not proven easy to implement, putting a strain on academics’ time and requiring universities to invest more funding—which may soon be in short supply.

Differences among countries are already becoming apparent. For example, universities in some German states have started to partially reopen for research and teaching, while higher education in France will continue to be delivered remotely until September.

In the UK the government unexpectedly announced that all work that cannot be done remotely should recommence where it is deemed safe, leaving employers such as universities scrambling to catch up—with institutions announcing various dates for partial returns.

Funding has emerged as a primary concern in many countries, including those where universities are highly dependent on tuition fees from international students for income, such as the UK and France.

The French Rectors’ Association said universities would “have to adapt to the constraints of the global health situation”.

Even in countries where higher education systems are not heavily reliant on foreign students—such as Poland, Romania and Spain—universities are bracing for impacts as family incomes take a hit and governments cut back.

The KRASP conference of Polish rectors said that even with Covid-19 disruptions in Poland “less worrisome” than in other countries, “universities are counting their losses”. A special taskforce on Covid-19 issues is petitioning the government on behalf of higher education institutions to extend emergency funding to them alongside businesses.

Even within individual nations researchers have been hit differently, with some having to down tools or be furloughed, while others have been able to work remotely with relative ease.

Younger researchers are especially worried about a “hole” in their CVs, said Andrea Claudi, an Italian researcher who works on communications for Eurodoc, the European Council of Doctoral Candidates and Junior Researchers.

“Not all people are equally productive in a period like this—not all are able to keep working, and research centres must take this into account,” Claudio said, adding that researchers’ health remains the top concern for Eurodoc.

Health worries are also shared by rectors. A spokesperson for the German Rectors’ Conference said most universities do not have the space required to comply with hygiene regulations, which could become a critical issue as students and researchers return to campus life.

But there may be a silver lining for research organisations. Unlike in 2008, the pandemic has shown the value of research and academic outreach, said Estermann.

“At least there is much greater understanding that these parts of research activities are absolutely crucial for further addressing challenges,” he said.