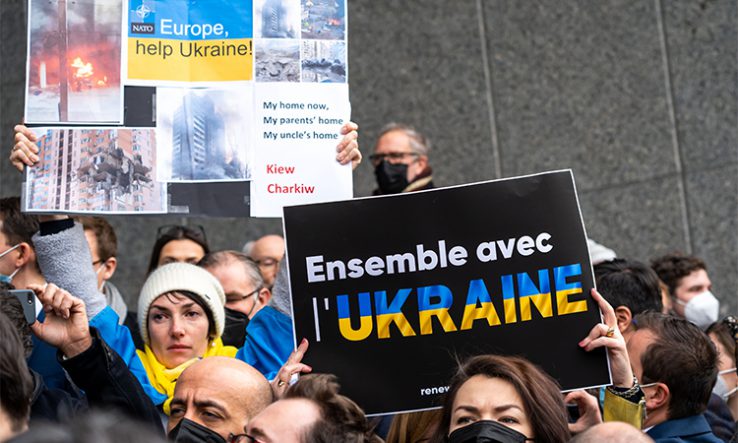 European university and research leaders have condemned a statement by Russian rectors supporting their country’s invasion of Ukraine, while other groups have reaffirmed the importance of separating individual Russian researchers from positions taken by their institutions.

On 4 March, the Russian Union of Rectors published a statement echoing lines taken by the Russian government on the war in Ukraine, pledging support for president Vladimir Putin and stating that Russian universities have a duty to instil patriotism in young people.

Referring to “Russia’s decision to…achieve the demilitarisation and denazification of Ukraine”—justifications that European leaders have said have no basis in reality—the Russian rectors added: “It is very important these days to support our country, our army, which defends our security, to support our president who, perhaps, made the most difficult, hard-won but necessary decision in his life.”

The European University Association announced on 7 March that it was suspending the membership of 12 Russian universities whose rectors had signed the statement, saying the statement was “diametrically opposed to the European values that [the universities] committed to when joining EUA”. The universities will remain suspended until they again comply with those values, EUA said.

Rik Van de Walle, the rector of the University of Ghent in Belgium, described the statement as “extremely problematic” and suggested he would be cutting ties with Russian universities, saying the statement “cannot but lead to the suspension of cooperation with the institutions concerned”.

“The role of universities can never be to instil patriotism; in history such attempts have always led to disaster,” said Palmowski.

Van de Walle questioned whether the statement really represented the views of all the Russian rectors involved, a sentiment echoed by Kurt Deketelaere, secretary-general of the League of European Research Universities, who suggested that Russian rectors may have been pressured into adding their names to the statement.

Matthias Girod, secretary general of the research association EuroScience, told Research Professional News that such a statement had been expected at some point, and that the Russian rectors were speaking as representatives of their institutions, many of which are directly funded by the state, rather than as individuals.

Girod said that EuroScience stands by its call for scientists to “clearly distinguish the institutional and governmental politics from the individual researchers”, and that Russia should not be frozen out of the international research community.

“Russia is too big and too important to be treated, for a long time, like North Korea,” Girod said, adding that “one way or the other—maybe in a few weeks, in a few months, or in a few years—they have to be reintegrated in the scientific system”.

On 4 March, the Eurodoc network of early career researchers added its voice to those advocating that Russian and Belarusian scientists opposing the war in Ukraine be treated differently from institutions in the two countries.

“There is…a difference between these individuals and the institutions, as research is always also tied to national governments and state interests,” Eurodoc said.

Ukraine calls for block on publishing

While many European research institutions are walking a line between rejecting Russia’s actions in Ukraine and keeping communication channels open with Russian individuals, Ukraine’s government has called for further measures to ostracise Russian researchers.

On 5 March, the Council for At-Risk Academics published an appeal from the Ukrainian Ministry of Science and Education, calling for Russian citizens and institutions to be blocked from accessing scientific publications.

“We are sure that such decisive actions will activate the scientific community and the proactive population of the Russian Federation to stop this shameful military aggression,” said the letter, signed by Ukraine’s science minister Serhiy Shkarlet, the president of the National Academy of Sciences of Ukraine Anatolii Zahorodnii, as well as 69 Ukrainian higher education institutions.

Update 8/3 – This article was updated with the information about the EUA.