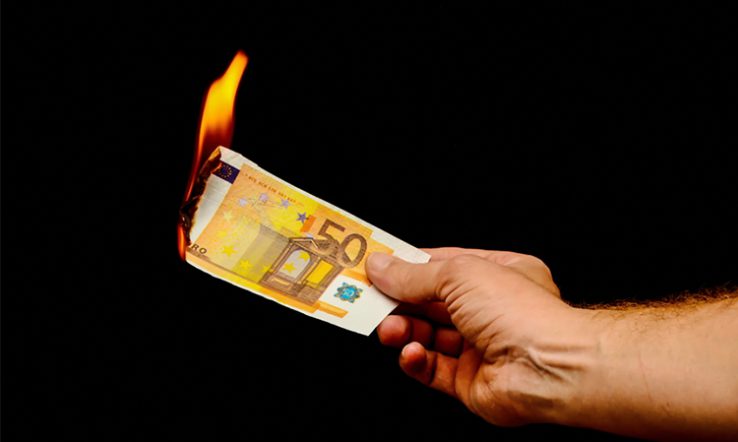 Mature economies in the west face challenges from sluggish growth, low innovation and weak job creation in high-tech industries. Enhancing innovation is crucial to keeping Europe’s economies competitive and to addressing challenges such as sustainability and security.

In recent years, efforts to boost innovation have increasingly taken the form of active industrial policies, where policymakers create ambitious development plans and support programmes targeting specific technologies, industries or companies. One example is the European Green Deal Investment Plan proposed by the European Commission in January, which advocates mobilising at least €1 trillion in EU investments over 10 years. Many countries have similar initiatives.

This approach has strong support from lobbyists and from influential academics such as economist Mariana Mazzucato, whose 2013 book The Entrepreneurial State did much to get the bandwagon for active industrial policy rolling.

However, the evidence that it works is surprisingly weak. The case for state subsidies and control is based on anecdotes, and the potential benefits of such interventions are highlighted without any attention to possible costs such as distorted competition, capture by lobbyists and cronyism, not least at the public agencies administering these systems.

The core question remains: What is the best balance of centralised public coordination and decentralised, competitive markets in innovation policy?

We recently concluded a major study of the effects of innovation grants in Sweden. This covered more than 10,000 grants related to sustainable energy, innovation or regional redistribution awarded to firms between 1997 and 2013.

We found that innovation grants from government agencies had no overall effect on the turnover, profits or employee numbers of the companies that received them. Businesses in larger cities experienced a weak positive effect, but this was more than offset by large negative effects on rural businesses—the opposite of what most domestic and EU approaches to regional inequality and redistribution aim to achieve.

Policymakers and academics sometimes argue that the benefits of innovation support only become apparent over longer timescales. But if anything, we found the opposite to be true. Recipients experienced a brief sugar rush, boosting investments and staff salaries, but these benefits quickly faded away.

The effects of government support programmes on competition are hard to measure. Priorities and incentives may be distorted, generating unfair competition and firms that pursue grants rather than profits. Our study showed that a generous supply of grants and other funding seemed to have prompted some companies to become subsidy entrepreneurs—one firm managed to win a jaw-dropping 38 different grants from various government agencies.

Similar evidence has been found elsewhere. A 2008 study of UK government initiatives to support small firms since 1991 found that state intervention was difficult to make effective at reasonable cost-benefit ratios. As Josh Lerner of Harvard Business School wrote in 2009: “For each effective government intervention, there have been dozens, even hundreds, of failures, where substantial public expenditures bore no fruit.”

Given this record, why are active industrial programmes so popular? One reason is that innovation support is easy for politicians to justify. Bold declarations about money spent on growth and grand challenges appear decisive and noble. The agencies that run these programmes, and the firms that benefit from them, gather into an interest group that is able to keep the cash flowing. The cost is borne by wider society.

As a result, politically expedient policies with limited benefits but strong proponents may prevail in the long term. Innovation economics points to the most important conditions for an innovative and growth-oriented economy being the rule of law, strong antitrust policy, lowered barriers to entry, moderate taxes and limited red tape. But with such reforms being contentious to enact, many politicians settle for steering plans and subsidies instead.

We expect unproductive policies built on subsidies and attempts at picking winners to remain popular until stagnation and crises mean that more systematic reforms become unavoidable. Competitive markets, not the bureaucratic allocation of resources, should be central to innovation policy.

Christian Sandström, Karl Wennberg and Nils Karlsson are based at the Ratio Institute in Stockholm. Their book— Bureaucrats or Markets in Innovation Policy?—is out now