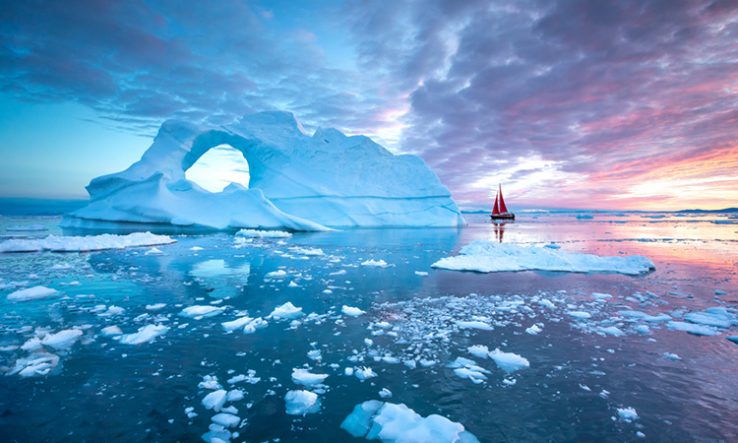 The north has long been seen as place for exploration, transition, projection, and personal challenge. But this exploration has tended to take a particular form. Polar narratives are highly gendered and, with a few notable exceptions, the historical narrative holds that the great heroes of early polar exploration were white men. Women, indigenous people and other species have been written out of the story.

Originating as it does in a time when the image of the academy was just as male and white as polar exploration, peer review is also gendered and Eurocentric. Things are improving, but progress is slow.

These parallels were in our minds as we were planning a forthcoming special issue of the open-access humanities journal Nordlit—based at UiT The Arctic University of Norway, in Tromsø, the word’s northernmost university—titled Conceptualizing the North. Inspired by the images and histories of the north, we used the issue as an opportunity both to delve into the intersections of artistic and academic research, and to use an alternative format for peer review.

Reviewing submissions posed a set of challenges. We had both artistic and academic proposals and works to review. They came from people inside and outside academia, at various career and life stages. We also wanted to keep our own potential biases and limitations in mind—particularly, given that we all identify as female and white, with regard to race and ethnicity.

We wanted to redress what we saw as an imbalance within peer review, particularly against artistic works and non-traditional ways of communicating knowledge. Neither of these sits comfortably within the standard straitjacket of the scientific journal article.

So, from the outset, we as editors sought to create an open space where artistic and academic investigations of the north could meet as equals, not with one as a decoration to the other. To that end, we designed our review process to focus on dialogue and co-creativity.

Co-creativity has not yet entered the Oxford English Dictioanry, but it is becoming increasingly familiar in research, the arts and business. Our favourite definition comes from a 2018 paper by Hannah Zeilig and her colleagues. Co-creativity, they say, is “a focus on shared process, the absence of a single author or outcome (and instead the idea of shared ownership), inclusivity, reciprocity and relationality…Co-creativity necessitates and creates openness, receptivity and imaginative space. Above all, it contrasts with restrictive notions of the lone creative ‘genius’ that have tended to dominate views of creativity.”

We did not wish to obscure our authors or their works. Rather, we wanted to make co-creative peer review a contribution to the imaginative space, turning it into a shared process in which the author is part of a dialogue, not a passive subject.

What might peer review look like when it sheds the guise of authoritative judgment and becomes a process of dialogue and collaboration? For the special Nordlit issue, our answer unfolded in seven steps:

Throughout this process, we made sure the guidelines of the Committee on Publication Ethics were followed. Neither authors nor reviewers were anonymised. Reviewers’ comments were not intended for publication. Open review has its merits, but the process we used—where reviewers recorded and shared their immediate, ‘live’ responses to what they were reading, hearing or viewing—did not lend itself to publication.

In all cases except one, authors’ response to the review process was overwhelmingly positive. One even invited a reviewer to be co-author— though they declined.

This positive response was not because submissions were biased towards groups traditionally under-represented in academia or unfamiliar with traditional peer review. In fact, despite accepting an equal number of submitted abstracts from men and women, the inevitable withdrawals and non-submissions left us with us with more male than female authors. This is with the important caveat that we do not know if any of our authors identify as non-binary—for the purposes of this discussion only, we are using authors’ first names as a rough guide to gender. In other words, this form of peer-review benefitted everyone, and provided consistency across all of the submissions.

In the one other case, the authors neither implemented nor responded to most of the reviewers’ comments, either because they did not wish to or because they did not realise they were expected to engage with the full review, rather than picking and choosing which recommendations they liked. This led to a second review, and ultimately to the authors choosing to withdraw their piece.

This approach has its costs, of course, the biggest of which was time—the entire process has taken around 18 months. Reviewers and editors engaged deeply with the submissions throughout the process, to an extent that would probably only be tenable for a one-off, edited special issue. It was also a method devised to standardise review for a journal issue that contained both artistic and academic submissions, which is an unusual format. As the fine arts are starting to play a transdisciplinary role in fields such as health and the environment, this method could prove useful to other ventures seeking to implement standards of peer review across disciplinary lines.

Looking back, we feel our approach to editing the special issue has enabled us to act upon our own principles that peer review should be a positive and co-creative process. It also fit the needs of the submissions we received.

In the post-#MeToo era, reviewers, editors and authors have no excuse not to be aware of the unequal power balances in all areas of academia. Creating a process of dialogue encourages learning on both sides. Peer review is a meeting of experts but it also requires humility—no one knows everything. Reviewers and editors need to be open and honest with themselves and authors about their own limitations, in life experience as well as knowledge.

This is not just about gender, diversity, or discipline. It is about ensuring peer review is a collaborative process that advances knowledge and benefits authors from all backgrounds. The method of peer review as a dialogue that we devised and implemented is a way of not sidelining or downgrading any field, methodology, group, or individual. Rather, it is a way to bring experts together and advance knowledge collectively.

It might take time, but no one said building inclusivity, kindness and kinship into the academy would be easy or quick. We hope our co-creative explorations in peer review from the north, where humans have long looked to find their limits and live together with their environment and each other, will inspire others to take the same voyage of discovery.