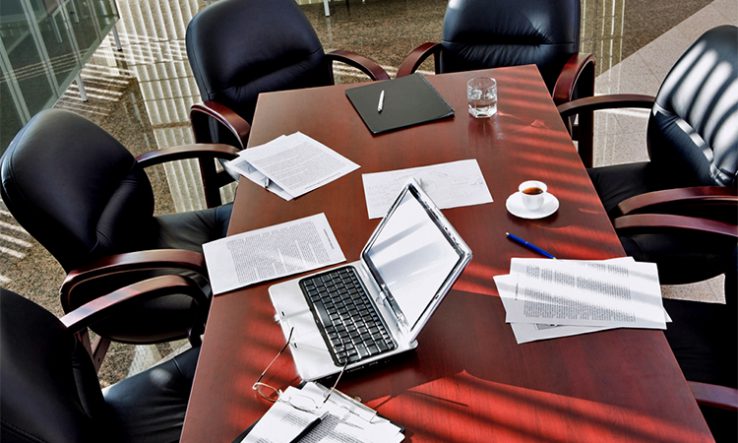 Mauro Ferrari’s resignation from his position as president of the European Research Council (ERC) is a story many journalists have found irresistible. First reported by the Financial Times on 7 April, the headline was that “the EU science chief” had been “extremely disappointed by the European response to Covid-19”. It seemed like a perfect illustration that the EU is failing again.

It may well be that the pandemic turns out to be the gravestone of European integration. But if so, it will be because of how political leaders handle the disease and its social and economic fallout.

Ferrari’s resignation is not a sign of a polity falling apart, but something much more mundane. It is also just the latest in a series of challenges that threaten to undermine the council.

Let’s start with the media calling Ferrari the “EU science chief”. In reality, the job of the ERC president is not to give science advice, nor to stimulate or coordinate new science.

Instead, the role is twofold. First, the president represents the ERC to academic communities, policymakers in Brussels—especially the European Commission—and the member states. The ERC’s status is fragile—the Commission’s bureaucracy seems half amazed at the beauty of its creation, and half horrified at the creature’s independence.

Second, the president has to balance the interests of academic institutions and scientific disciplines across Europe and steer the group of high-minded, independent—and let’s admit it, difficult—personalities that come together as the council’s steering board, the ERC Scientific Council.

If the president is any sort of chief, it is of the EU’s relationship with science and academia. This calls for the patience to listen to all sorts of people, the endurance to explain, over and over, the council’s basic philosophy, and, ultimately, the right mixture of the vision to follow long-term goals and compromise to reach them.

The three previous presidents, Fotis Kafatos, Helga Nowotny and Jean-Pierre Bourguignon, all fitted this bill. Ferrari, apparently, did not.

Nowotny, who was on the committee that appointed Ferrari last summer, has said she knew he was a risky choice. In the circumstances, his brief stay and rapid exit is probably the best result for all concerned.

Ferrari deserves some sympathy. The scope of what the ERC president can actually achieve is quite limited; this would have been a painful learning experience for someone of his calibre, who no doubt came to the job with high hopes and bold ideas. But if he really thought he was going to be the EU science chief, he was in the wrong job.

Unlike national research funders, which are more or less independent councils and agencies, the ERC is, legally, an instrument within the EU Framework programme. As such, its field of action is constrained.

Its basic philosophy is set, its funding schemes well established, and in normal times its routines run like well-oiled machinery. Most importantly, because it is so successful, there is little appetite from anyone—inside or out—for change, particularly the radical change envisaged in Ferrari’s Covid-19 plan.

Ferrari’s resignation exposes several problems for the ERC, some immediate, some only potential. His short tenure may show that the best scientists—the kind usually appointed to lead prestigious funding bodies—are often not skilled diplomats. On the other hand, the ERC has found three such figures in the past, so why not again?

Another problem is more imminent. It was surprising when, in 2017, Bourguignon was offered only a two-year extension to his contract, instead of a full second term of four years. This meant the presidency would change in the middle of negotiations for the next Framework programme, Horizon Europe, promising to make the council’s budget negotiations more difficult.

Given the Commission’s ambivalence towards the ERC, one should never discount the possibility of some sinister move from inside the EU’s arcane bureaucracy to hobble the council. With Ferrari gone, there will be no president publicly lobbying for increased funding. Even so, the ERC is so well-established that it is difficult to imagine it not maintaining its share of Horizon Europe’s overall budget.

The ERC’s day-to-day running is also facing a challenge: the pandemic has made it very difficult to keep the core of its machinery, the evaluation panel meetings, going. This is not directly tied to the presidency but it puts the council’s management in a difficult position, especially as the directorship of the ERC Executive Agency is vacant, with an interim director in place since last summer.

To make things worse, the head of the council’s policy unit, the Greek physicist Theo Papazoglou, died from Covid-19 over the Easter weekend. Theo, with whom I had the honour to work with for four years, was the brain behind much of the ERC, a careful operator on the scientific council and a skilled negotiator between the worlds of policy and administration, which must inevitably coexist at organisations like this. His loss will probably have a greater impact than Ferrari’s resignation.

There is now a serious gap in the ERC leadership. It is caused by a mixture of factors, and it began before the pandemic; Ferrari’s resignation is only one part of it.

The Scientific Council is not fully staffed, and it seems the committee that screens and recommends candidates for this prestigious body is struggling to fill the vacancies. If membership becomes a way for eminent academics to buff their CVs, rather than serve the scientific community, it would mean that the delicate balance between the European scientific community and the European Commission’s bureaucracy is finally tilting towards the latter.

Thomas König studies research policy at the Institute for Advanced Studies, Vienna. He is the author of The European Research Council (Polity Press)