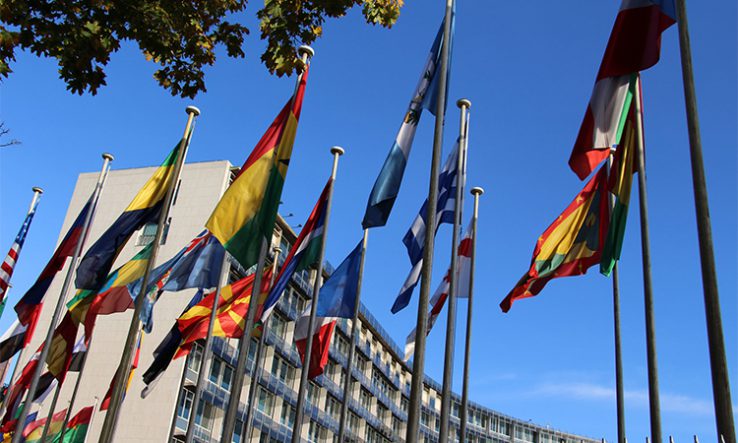 Unesco’s 41st general conference, which began in Paris on 9 November, will see the adoption of a Recommendation on Open Science. The aim is to boost the understanding and growth of open science worldwide by providing an international framework for policy and practice.

There is an opportunity and a need, though, to do much more. The UN is ideally placed to build a global open-science infrastructure for tackling grand societal challenges. And an effective global deployment of open science would also help Unesco, the UN’s science agency, achieve its goal of “contributing to peace and security by promoting collaboration among the nations through education, science and culture”. It would also make strides towards meeting the Sustainable Development Goals set for 2030.

The digital era has made open science possible and seen its practices, norms and goals expand. This has created two dynamics. First, the open sharing of knowledge is based on norms of transparency and accessibility. Second, the open production of knowledge creates norms of participation by, and legitimacy of, new scientific stakeholders.

Science is being reshaped by advances in digital technology and tools, including big data, artificial intelligence and 3D printing, along with open digital and physical infrastructures, including open labs, open libraries and open university campuses.

These technologies and infrastructures have, in turn, allowed researchers to experiment with, develop and adopt new open-science practices. Open data, transdisciplinary research, open prototypes and citizen science have created extraordinary possibilities. In the digital era, everyone can be involved in science.

The ultimate aim of open science should be the informed and extended co-creation of knowledge by all humanity. Progress towards this goal would spur still further researcher-led initiatives for enhancing open science; promote the reform and redesign of university governance; and improve the design and implementation of policies and programmes at national and regional levels.

Covid-19 has shown that open science saves lives. Data sharing has allowed the development of tools, maps and applications to monitor the pandemic’s evolution and develop new treatments. Citizen-science projects are contributing to home schooling and mental wellbeing.

All this points to the need for truly global open science for tackling grand societal challenges. Problems such as pandemics and climate change can only be solved through new ideas and ideals for human progress, new practices and new mechanisms for collaboration.

Global open science will require global infrastructure. This infrastructure would enable and promote neutral, independent and reliable science-based institutions, accessible to all, at the regional and national level with the aim of advancing international cooperation in open science.

Such an infrastructure could take its inspiration from global-scale scientific collaborations such as the European particle and nuclear physics laboratory Cern, and from the UN’s experience in developing a governance framework and infrastructure for peacekeeping operations.

Peacekeeping might seem remote from scientific research. But, as well as drawing on the UN’s experience in developing and enacting global initiatives, by taking a leading role in open science the organisation would help to prevent conflict—constructing the “defences of peace”, to quote the Unesco constitution, by boosting transparency, accessibility, legitimacy and participation in science.

To allow the sharing and development of scientific ideas, data, methods and results, the UN should first work to create a digital open-science cloud service at the worldwide level; second, physical, safe data storage services at the regional and national level; and third, physical open-science centres based on public universities’ infrastructure at the local level.

A UN open-science infra-structure could be a practical mechanism for building and empowering local, national, regional and global knowledge communities, and raising the welfare level of each. Open science in the digital era can give humanity a means to achieve peaceful, free, equal and diverse societies for enhancing a sustainable world.

Rubén Vicente-Saez has recently been awarded a PhD on open science in the digital era by Aalto University, Finland, and the University of Valencia, Spain