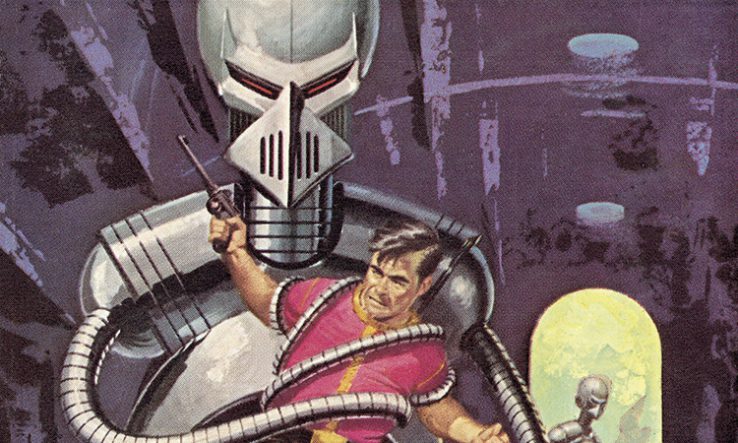 If I worked in a university technology transfer office or a government science ministry, I would love the film Ghostbusters, in which the eponymous, world-saving company is essentially an academic spinout. In its own way, the movie mirrors the default view in policymaking and managerial circles that links between universities and wider society—such as industry, government and charities—are unequivocally good.

How deeply, though, has this message penetrated the broader culture? How is the interaction between publicly funded research and society, particularly industry, represented—and what can those on the inside learn from that?

To get a picture of this, my colleagues Laura González-Salmerón, Pedro Marques and I looked at science fiction novels that had won all three of the genre’s major awards: the Hugo, Nebula and Locus. This covers 15 books published between 1965 and 2018, embracing a range of themes and written by authors with different political outlooks.

Perhaps surprisingly, 12 of the books, 80 per cent, feature plots where the work of researchers touches on wider society. In nearly all of these the relationship is viewed as conflicted, and at best ambivalent or neutral.

There are no straightforwardly positive tales of collaboration beyond academia, and none where such interactions solve societal problems. Even if you expect conflict and wrongdoing to make for better plots—scientific hubris and corporate corruption are well-worn themes, after all—this unanimity is remarkable and, as Ghostbusters shows, not inevitable.

Conflict comes in several forms. More than one book features university collaborations that threaten to damage the environment or even destroy the world. In Paolo Bacigalupi’s 2009 novel The Windup Girl, for example, corporate control of the food supply—complete with research-driven modifications—results in plagues, environmental degradation and famines. But Thailand maintains its own reserve of seeds. Companies seek to seize the Thai seedbank, a public laboratory, to force the country into buying their products.

In others, researchers find their freedom threatened. The hero of Ursula Le Guin’s The Dispossessed, from 1974, is Shevek, a physicist who leaves his homeland on an anarchist moon to work at a university on a capitalist planet. He wants to make his findings publicly available, but his host government seeks to monopolise them.

In real-world academia, promotion generally depends more on scientific merit than on societal engagement. This is changing, but some novels portray the danger of going too far in the other direction. One reason for Shevek’s career mobility is that a jealous superior on his moon accuses him of putting his curiosity-driven agenda before society’s needs. Shevek loses his job and must work on a farm.

Connie Willis’s Doomsday Book from 1992 also explores what society wants from research. In this novel, time travel allows historians to visit the periods they study. Visiting the Middle Ages is seen as too risky, but the leadership of the University of Oxford’s history department bends the rules to send Kivrin, a young female researcher, to the 14th century. When the present suffers an epidemic, the public blames time travel and Kivrin’s bosses close the gateway back. In other words, once the evaluation criteria consider societal impact and public opinion, she is excluded from academia and literally stranded in the past.

These novels, then, do not simply depict noble academics being corrupted by evil companies or politicians. Some, for example, condone keeping scientific knowledge secret if releasing it would jeopardise national security (Startide Rising, 1983) or undermine social cohesion (Ringworld, 1970). In general, authors are critical of both sides of the relationship, representing conflict in the public research system as the norm.

These themes seem to be less common in the more recent multi-award winners. Perhaps public opinion is becoming more favourable towards links between research and society. Or maybe stories of conflict between the two are no longer surprising.

Our readings show that the rosy view of engagement by researchers has not reached the wider culture, or at least not in science fiction. Judging from half a century of the most lauded science fiction novels, it’s a notion that faces widespread scepticism.

Academics and policymakers should learn from this. Rather than simply acting as cheerleaders to promote such interactions, they should question the potential pitfalls and make a stronger case for the benefits. Perhaps, every now and then, they could even try their hands at fiction.

Joaquín Azagra-Caro is a researcher at Ingenio, a joint research institute of the Spanish National Research Council and the Universitat Politècnica de València