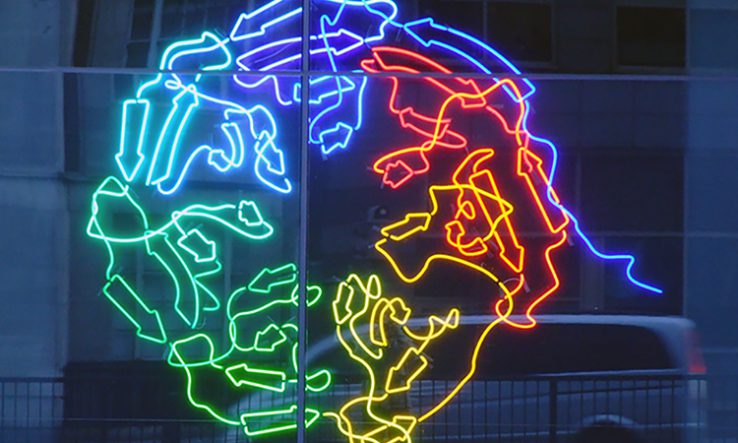 Policies rewarding sharing, rather than ownership, could spring innovation from its rut, says Richard Gold

In a paper published last September, the US economists Benjamin Jones and Lawrence Summers calculated the social returns to investment in innovation over time. They sought to account for every benefit to investors and the spillovers into the wider economy, both domestically and internationally. The returns, they concluded, were “enormous”—anywhere between four and 20 times the original investment.

“Because the social returns exceed the private returns,” they wrote, “public policy has a central role, and opportunity, in unleashing these gains.”

Jones and Summers recognised, however, that these benefits might be harder to attain today: “[We] may find discovery of new ideas increasingly difficult…Then future innovation will become harder to achieve.”

Studies show, in fact, that while R&D spending by governments and firms has risen exponentially over the past 50 years, the per-unit output of those investments is declining. In the long term, ploughing in ever more money is unlikely to be sustainable.

In the past, crises changed the way we did innovation. In light of the fissures exposed during the pandemic, it is time to do so again.

Stuck on the wrong path

One possibility already showing promise for making R&D more efficient is to diversify our models of innovation—to rely less on ownership and look to develop more openness—and in the process lower costs, avoid duplication and address neglected fields.

The evidence that R&D is on the wrong path is compelling. Whether measured in the number of patents granted, products produced, lifespans extended, agricultural productivity or computer chip performance, the efficiency of the innovation system has been falling since at least the 1960s.

Data show flat or, in some cases, declining levels of productivity, even while ever more money is ploughed into research and development. This phenomenon is true of both old technologies, such as computer chips, and new, such as nanotechnology, green energy and biotechnology.

Mirroring the declining productivity of innovation, data on publications and patents show that firms and academics have become increasingly risk-averse. Rather than invest time and money investigating potential breakthroughs—with potentially huge payoffs but with an equally high level of risk—they focus on lower-risk research that generates less wealth and wellbeing, possibly because the drastically increased costs of research make risk-taking unaffordable.

Biomedicine and pharma are in a particularly poor state. The cost of inventing a drug has risen exponentially, meaning that the pricing of new treatments puts them out of reach for much of the world.

R&D efforts are also increasingly focused on me-too drugs that tweak existing treatments. There is a lack of breakthroughs, and a lack of treatments for such important diseases as Alzheimer’s and Parkinson’s, neglected diseases, rare diseases and drugs to combat antibiotic resistance or the next pandemic. As an expert panel to the US Food and Drug Administration concluded unanimously, the newest Alzheimer’s drug, aducanumab, does not provide sufficient benefit to justify its risks although the FDA itself went on to approve the drug.

Our innovation systems, especially in the life sciences, are in a rut. Societies are paying ever more for R&D to get less out. Even before the pandemic, for example, expected lifespans in the United States were in decline. One way to get out of the rut would be to change how we provide incentives for innovation and regulate it.

Since the 1980s, governments have placed a growing emphasis on ownership—the private capture of knowledge by firms through patents, copyrights and other intellectual property—as the spur to domestic R&D. UK prime minister Boris Johnson encapsulated this view when he jokingly told Conservative MPs: “The reason we have the vaccine success is because of capitalism, because of greed, my friends.” Following that logic, vaccine producers claim that any interference with their intellectual property rights in the name of enabling them to be manufactured in developing countries would harm innovation.

But the story of the pandemic is that the development of vaccines depended on openness and sharing, not ownership. The quick sharing of samples and the genetic sequence of the virus, and decades of public and private funding of vaccine platforms, led to the lightning-fast development of vaccines against Covid-19. It is also clear that we could have done better—in terms of producing more vaccines and developing effective antivirals—had we shared more.

This provides a clue for how to fix innovation’s productivity problem. Rather than rely on increasing the private control of knowledge, we can render the innovation system more efficient and productive by sharing more.

One way to do this is with open science partnerships. OSPs bring together a diverse set of public and private actors to solve a broad set of related problems under terms of radical sharing of data, materials and tools, open and accessible publications and results.

OSPs lack any form of intellectual property that would prevent anyone from using, extending or modifying their results. This might sound like pie in the sky, but there are already prominent examples of OSPs, most notably the Structural Genomics Consortium with principal laboratories at Oxford, Toronto, Chapel Hill, Stockholm and Frankfurt. The consortium was created in 2004 by a group of pharmaceutical firms, philanthropies, universities and Canadian governmental bodies to resolve issues around the structures of proteins of pharmacological interest. First informally and then formally, it resolved to disclose all results without any patents.

Over the past decade, the consortium has moved some of its research into patent-free drug development. One partnership, with the Ontario Institute for Cancer Research, aimed to create a chemical probe for a previously unexplored protein, WDR5, involved in fundamental cellular processes. The consortium’s open network enabled it to quickly identify flaws in the initial probe that a closed commercial lab might never have spotted, thereby allowing the OICR to produce an improved version.

The probe was then shared with labs in Australia, Austria and the United States, each of which found a link between the protein and cancer. The OICR used this (open) knowledge to develop a drug for leukaemia that it patented and licensed in Canada’s largest preclinical drug deal ever. Participating in the patent-free collaboration gave the institute a two-year lead over potential rivals.

A second example comes from M4K Pharma, a company spun out from the Structural Genomics Consortium. M4K is a for-profit firm, but it does not use patents. It publishes all of its results and shares its strategy online.

MK4 has developed a drug against a rare and deadly childhood brain cancer, diffuse intrinsic pontine glioma. The company relies on regulatory data protection to prevent other firms from using the same data to win approval for the same drug, but this does not prevent other firms from seeking approval for the drug or using the company’s data or materials to develop competitors.

While MK4’s drug is proceeding well, it is too early to know whether it will prove itself through the clinical trial process. Even if it fails, however, the knowledge gained will be openly available, avoiding duplication of effort and providing insights into future drug development.

No threat to IP

Participants in OSPs rely on tacit knowledge and first-mover advantages to spur investment. But these partnerships pose no challenge to intellectual property in general or patents in particular. Rather, they are a novel way to deploy intellectual property to develop drugs more quickly and cheaply.

Intellectual property in various guises, from regulatory data protection to copyright and trademarks, plays an important role in these partnerships to guarantee access and reuse. The same goes for patents, but later than usual in the drug development cycle.

Open science partnerships will not be right for every situation—but the same goes for patents. OSPs shift the conversation away from the current one-size-fits-all approach, to a more diverse set of models, all existing in competition.

This competition between models and between actors is most likely to generate breakthroughs and cost savings. The question of which sectors would most benefit from OSPs merits further investigation. As a starting point, innovations relying on large datasets, requiring a diverse set of skills or perspectives, and at the frontiers of science and technology, are prime candidates. Think green technology, artificial intelligence and other cutting-edge fields.

Funding bodies, particularly philanthropies, have dipped their toes in the OSP waters. UK-based charity the Wellcome Trust set up an open science funding call, while the US National Institutes of Health has awarded an open science prize. Governments, the Organisation for Economic Co-operation and Development, and other bodies are studying the potential of open science in general and OSPs in particular to counter the increasing inefficiency of the world’s innovation systems.

Governments could support the development of OSPs as part of the innovation system in three ways. First, they could establish funding programmes specifically aimed at those who agreed to open publication, open data, material and tool sharing, and to avoid forms of intellectual property that could block use, reuse or improvement.

Second, they could expand the term of regulatory data protection over drugs for applicants that agreed to share all data, materials and tools (subject to patient privacy concerns) as soon as possible, that agreed not to obtain patents on the drug subject to the application, and that agreed to reasonable price limits.

Third, governments could promote the use of OSPs within their internal research programmes and support international collaborations that followed OSP principles.

The pandemic has made the cracks in the current innovation system visible to all. The good news is that it is not too late to fill in those cracks. Governments, firms, universities and charities can support and finance the creation of open science partnerships to enrich the innovation ecosystem as one way through which to increase efficiency and accelerate the development of new drugs, new green technology, the next generation of artificial intelligence and more.

Richard Gold is the director of the Centre for Intellectual Property Policy at McGill University, Montreal