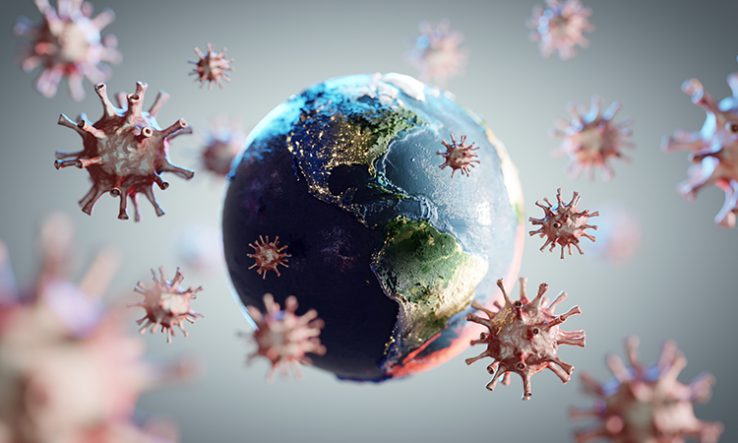 In its first seven years, the International Network for Government Science Advice has grown rapidly, delivering capacity-building workshops in 35 countries and nine languages, and setting up a Foreign Ministries’ Science and Technology Advice Network.

These and other changes and trends featured at Ingsa’s fourth annual conference, held in Montreal and online from 30 August to 2 September. But not surprisingly the main topic of discussion was the pandemic.

Common themes are now beginning to emerge. One is that in times of emergency, such as the early stages of the pandemic, jurisdictions have to draw on trust and capability built in ‘peacetime’. When a crisis hits, there needs to be a pool of trusted, properly funded systems and capable people to draw on.

Those jurisdictions that were best able to use science advice tended to have mechanisms that ensured scientific quality, enabled rapid synthesis within and across disciplines, and had dialogue between government, experts and the public. This is a recipe for producing advice that is rigorous, relevant and accessible. The arrangements for achieving it, however, depend hugely on culture and context.

One representative from a country without strong pre-existing systems described the early stages of the pandemic as “an extremely difficult climate that mixed history, values, colonialism and emotions, so that the scientific voice was not audible”. At the same time, some countries with established advisory systems, such as the US, struggled with new pressures.

Reactions to the pandemic point to three perennial challenges. One is the need to learn more rapidly from each other. Europe, for example, might have benefited by learning from the experience of Sars in Asia.

A second challenge is the vital need for conceptual frameworks better suited to dealing with uncertainty and the evolution of knowledge. As one participant suggested, science should be seen as contingent rather than revelatory, at least sometimes, without that contingency being allowed to make it less important.

In politics, where so much that matters is not known, science is vital because it provides the best possible evidence at the time. In some ways, ‘following the science’ is impossible: decision-making runs alongside or even ahead of the science, and political decisions may create new scientific knowledge.

A third challenge is the need to tackle outright misinformation.

‘Who controls the question?’ was a theme in many discussions, not least because the answer determines which forms of evidence are brought in.

Most advisory ecosystems struggle with incorporating economics, social sciences and humanities alongside medical, physical and engineering sciences. Many members are also grappling with ways to incorporate indigenous knowledge.

Participants included scientists, policymakers and staff from organisations that advise multinational and regional bodies, such as the European Commission’s Joint Research Centre. For everyone, questions about how to stay true to the rigour of the science while making it relevant and accessible permeated the discussions.

Relevance and accessibility require engagement with the policies of the day. They also raise difficult questions, in particular about how a scientist or adviser acknowledges their personal values, and so brings their science to bear in the most transparent way possible.

One panellist spoke of being partisan without being political; in this sense, success is to build public confidence in the science while allowing a variety of views on the political conclusions drawn from it. Other scientists and advisers had faced deep personal challenges about engaging with governments whose legitimacy they questioned.

Many argued that scientists needed to state the boundaries of their knowledge more explicitly: to acknowledge that the science will only ever be part of what decision-makers need to know. For example, good epidemiological models are essential during a pandemic, but they are not a complete statement of what matters to any society. For that, there need to be other spaces to debate politics and values, always informed by the research.

More practically, Ingsa looks forward to continuing to build science advice capacity nationally and more locally, consolidate what has been created and learned during the pandemic, and focus at the global and international level, where the pandemic had exposed significant weaknesses in science advisory systems.

Covid and climate change are signals that humanity needs to change over the next few decades. It needs good science advice to help it do that.

Claire Craig is vice-president (Evidence) of the International Network for Government Science Advice and a former director of the UK Government Office for Science. She writes in a personal capacity