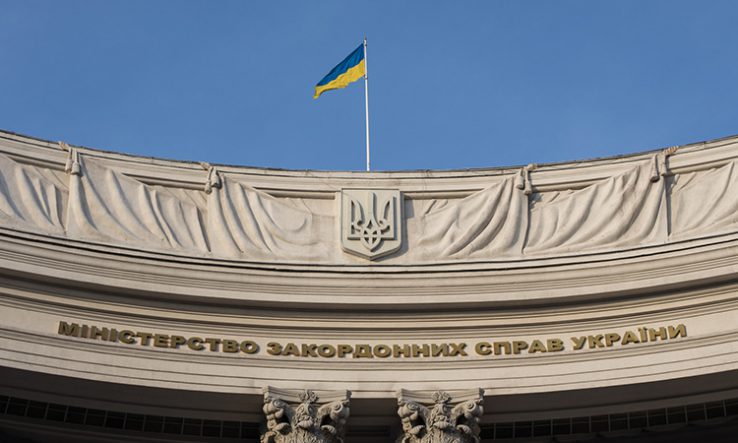 Those who remain and those forced to leave need solidarity and support, says Oksana Seumenicht

Most Ukrainians have expected a full-scale Russian attack since its first incursions in 2014, following the revolution that ousted a pro-Putin president. The question was when, not if. Now we know, and 24 February 2022 stands as one of the darkest dates in our history.

Since then, expats like me have been in constant communication with family, as well as colleagues and friends in Ukraine’s universities and research institutes. Ganna Tolstanova, vice-rector for research at Taras Shevchenko National University of Kyiv, one of Ukraine’s leading universities and my alma mater, says that many staff remain in the city, along with 1,600 students who are staying in dormitories.

Ukraine hosts about 80,000 students from 155 countries, according to the State Centre for International Education. Oksana Shevchuk, head of the research office at I Horbachevsky Ternopil National Medical University in the west of the country, says that staff are doing their best to help foreign students leave, providing support with paperwork, organising buses to the border and facilitating contact with embassies.

On 28 February, education across Ukraine stopped for two weeks. Most school buildings in western cities are being turned into temporary accommodation for refugees, says sociologist Oksana Mikheieva. She fled the eastern city of Donetsk in 2014 when Russia launched a proxy war using local collaborators. She is currently a visiting professor at the European University Viadrina in Frankfurt, while also holding a post at the Ukrainian Catholic University in Lviv.

For those that remain, Ukrainian universities have moved study fully online—which, after the experience of the Covid-19 pandemic, has been working well. They have also told students and staff where to find their closest shelter and urged them to donate blood.

Two days after the invasion began, Serhiy Shkarlet, Ukraine’s minister of education and science, published an appeal to the international academic community, as did the Council of Young Scientists of the National Academy of Sciences of Ukraine. Both called for condemnation of Russia’s actions and solidarity with Ukrainians on their chosen path to European integration.

Shkarlet sought the “tough response of the European and international community”, including restrictions on educational and scientific activities with Russia. He also called to limit access to international funding for academic and research activities, including mobility and publishing; joint research and educational programmes and projects should be stopped; and cooperation with ministries and organisations in Russia, and states that support its invasion, should be reviewed.

When Russia attacked, the German-Ukrainian Academic Society, which I co-founded in 2016, began collecting information on support for students and researchers fleeing Ukraine and those left stranded overseas.

The first day, the Czexpats in Science network offered help in finding work and study opportunities in the Czech Republic. Sanita Reinsone, a folklorist at the University of Riga in Latvia, has set up an initiative called #ScienceForUkraine to map offers of jobs and accommodation for Ukrainian students and researchers.

There is a Google doc listing labs offering to host Ukrainian researchers. Anton Shekhovtsov, a Ukrainian political scientist working at the University of Vienna, has launched a petition calling on universities to give preference to Ukrainian applicants.

Ukraine’s education and research system has been transformed since the country gained independence after the collapse of the Soviet Union in 1991. International cooperation has played a decisive role, in particular through association with the EU’s Horizon programmes since 2015. The country won its first European Research Council grant in 2020.

Ties with Germany are particularly strong, with cooperation growing hugely through support from the German Academic Exchange Service (DAAD) and federal research ministry. The Alexander von Humboldt Foundation has announced extra support for Ukrainian academics through its Philipp Schwartz Initiative for at-risk researchers, extending its deadline for applications by two weeks, to 18 March.

Germany’s university umbrella association, the HRK, and its Alliance of Science Organisations, which includes all the country’s major research organisations, have responded decisively and swiftly, condemning the Russian attack, voicing solidarity with Ukraine and calling for a freezing of scientific and business cooperation. The federal government has halted research cooperation with Russia.

This show of solidarity and support from the international academic community is overwhelming. But Ukraine is in flames, crimes against its people continue, and it needs your help, be it by signing a petition, attending a protest or donating. Stand with Ukraine!

It is difficult to imagine how international research collaborations will continue. It is impossible to say how many lives will be lost and from what ruin Ukrainians will need to rebuild. What is certain is that Ukrainians know who they are and what they fight for—to be an equal among free nations, not a colony of an autocratic criminal empire.

Oksana Seumenicht is international relations manager at the Max Delbrück Center for Molecular Medicine in the Helmholtz Association, Berlin, and a co-founder of the Ukrainian Academic International Network (Ukrainet)