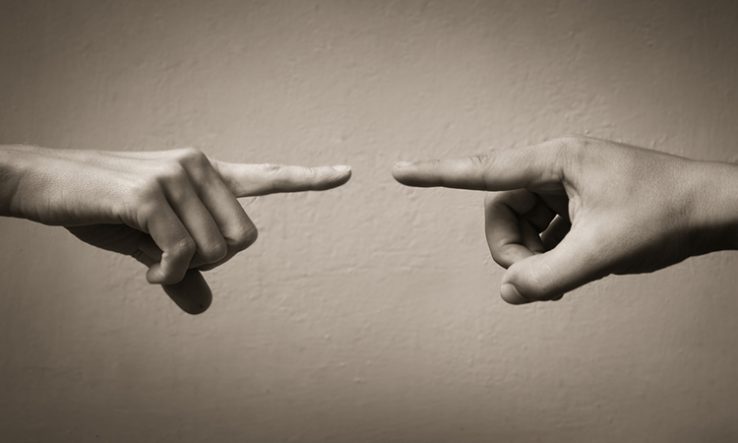 Following Russia’s invasion, European academia has voiced strong solidarity with Ukraine, while the Commission has provided a one-stop-shop for support for Ukrainian scholars and students. But whether the research community should uphold scientific collaborations with Russian and Belarussian colleagues is less certain.

Some, mirroring wider moves by national governments, advocate isolating the aggressors. Some seek to remain neutral. Some emphasise the importance of helping researchers fleeing the Putin and Lukashenko regimes. Still others think that science diplomacy is worth maintaining when all other forms seem to have failed.

The European University Association has suspended almost all of its Russian members after many made statements in support of the war. It has advised that “universities, researchers, human rights actors and political decision makers must all pull in the same direction”, in line with “European values”.

Many leaders at individual universities have also pledged to cease cooperation with Russia and Belarus, in effect self-sanctioning their institutions by excluding the countries’ academics and students from research and education activities.

The desire to take a stand against Russia’s brutal attack is understandable. However, such moves raise concerns, both over whether they will do any good and the consequences for the autonomy of academia in society. Over time, an increasing number of universities have moved to more nuanced stances and now also provide support to those who oppose oppressive and aggressive regimes.

The key issue, thrown into stark relief by the war, is how universities deal with armed conflict. This takes in ties to the military, along with efforts to promote values and a global perspective that build and maintain bridges across conflicts, countries, cultures and continents. And universities’ key task, beyond their response to the war in Ukraine, is to explore and reveal the greater good and truth, in line with the history and ethics of science and technology in conflict and war.

Condemning authoritarian, violent regimes, lamenting and seeking to alleviate the suffering they cause, and highlighting the potential of science diplomacy to prevent and resolve conflict is uncontroversial and relatively easy. Assuming the societal responsibility to help defend and enforce peace and the rule of international law is more difficult.

Two things are clear. First, technology and the science that underpins it are transforming conventional warfare with innovations such as unmanned aerial vehicles and swarm intelligence, both on the battlefield and in social media and propaganda. Second, Europeans are reflecting on their value systems and ethical frameworks, with many putting their conclusions into action.

Universities cannot ignore the importance of science and technology in conflict and war, or the good and bad choices they have made in the past. But their diverse responses to the war in Ukraine testify to legitimate differences, both in institutional visions and contexts, and in how they engage with military science and technology, including ‘dual-use’ research with civilian and military applications.

To give a practical example, access to military work needs to be restricted with both physical and digital fences. For some institutions, this may apply to an individual facility, while for others it may cover the entire campus. Some choose not to engage in military activities at all.

At times of crisis, the temptation is to be judgmental or proscriptive about the form that such links should take. It is not about the choices universities make, but about whether they work towards a prosperous, sustainable and peaceful future.

Instead, policymakers and society should respect institutional choices and seek common ground. Universities should take a long-term perspective to maintain and build bridges towards peace, the rule of international law, reconciliation and inclusion, the better to tackle the tremendous challenges of our times.

Conflict and war, and their effect on security and stability, will shape the EU’s approach to international cooperation in research and innovation. The absence of these issues from the Marseille Declaration published last month, which sets out the EU’s vision of a global framework for cooperation on science and technology, is a missed opportunity.

It may seem a leap to go from geopolitical crisis to horse-trading over research funding. But Europeans should be lamenting the lack of progress on concluding association agreements for Horizon Europe with Switzerland and the United Kingdom and cherish British and Swiss partners as their longest-standing and closest allies. This is not the time to let short-term political differences damage long-term cooperation and science diplomacy, nor for squabbles among friends.

I encourage everyone to speak up during the action week organised by Stick to Science, the campaign for an open and inclusive European Research Area, which runs from today until 8 April. We must all—by, for example, writing to elected representatives—urge the EU and the British and Swiss governments to recognise that progress in research and innovation is best achieved when like-minded partners adhere to universal values and work together for global goals.