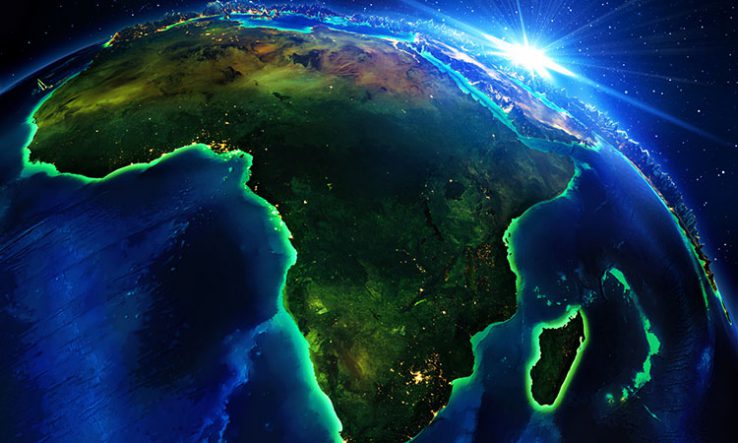 Advanced light sources, which use intense electromagnetic radiation to investigate materials and living matter down to atomic scales, are possibly the most versatile research infrastructures. The 50 sources worldwide play an important role in national and regional innovation systems, and many countries’ research policy prioritises these facilities.

Experimental time at light sources is allocated based on the competitive selection of research proposals. Those with previous experience often have an advantage in such competitions. As a result, the researchers who use and run these facilities become a tight network of experts.

This can be a barrier for researchers from the global south. While Egypt participates in the Jordan-based Sesame light source and South Africa is an associate member of the European Synchrotron Radiation Facility, the vast majority of these facilities are in North America, Europe and Asia. The Sirius light source in Brazil, for example, is the only one in South America.

An advanced light source in Africa would vastly strengthen the continent’s capacity to do the science needed to address its challenges. These include research related to the burden of disease, mineral exploration and extraction, and meeting the UN Sustainable Development Goals.

This vision lies behind the African Light Source project, which seeks to realise the first advanced, pan-African light source by 2035. Such a facility, conceived and constructed on the African continent, would reduce African researchers’ dependence on foreign facilities, and build research skills and technological capacity.

However, the project is about more than science. The project’s guiding philosophy is ubuntu, a word from the Nguni Bantu language of southern Africa that embodies harmony of values and identity between individuals and community, centred around inclusivity, fairness, tolerance, equity, consultation and empathy. Ubuntu already has a role in pan-African conflict resolution and foreign policy, and has the potential to strengthen science diplomacy as a form of soft power and means of opening borders.

Currently, the project is working to develop local and regional infrastructure, along with the user base and its networks. This involves partnering with academies and professional bodies, industry and other stakeholders at
national and international levels, including governments and the African Union.

One current activity is the drafting of the Conceptual Design Report. This is based on an open call for participation and organised around an openly accessible web platform and consultative workshops. This exemplifies ubuntu, allowing communities from across the continent, the African diaspora and friends of Africa to contribute ideas and express their interest.

The report is a milestone for the project, because it describes in detail its technological, scientific and socioeconomic dimensions. It will serve as a baseline for negotiations with African governments and funding agencies on site choices and long-term funding commitments.

Ubuntu is more than scientific collaboration by other means. The concept provides a point of identification and unity for African scientific communities, governments and funding bodies, along with the diaspora of African researchers. Ubuntu may mean different things to different people, but all see it as a uniquely African concept and a community-driven strategy.

For the African Light Source, ubuntu means inclusivity and diversity. This will help build agreement on consultative structures and a future operational framework, lay a strong foundation for the user base, and give African governments and their scientific communities ownership of the facility and secure, stable, long-term public funding. Ubuntu may also help resolve disagreements, facilitating choices around the allocation of limited resources and on issues such as site selection, technical configuration, financial shares and access models.

Ubuntu beats at the heart of the African Light Source, making the project an important step towards a fairer African participation in global science and technological capacity-building for innovation and wealth generation. We hope it can be a celebration of pan-African and global science diplomacy, and the benefits it brings.