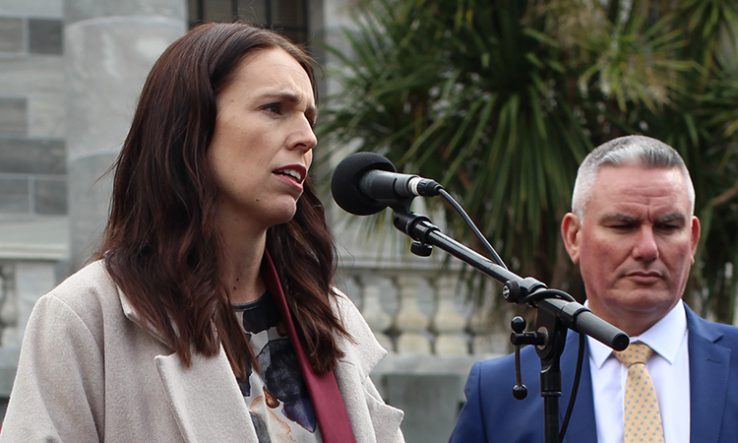 New Zealanders set to go to the polls again in September

“I’ve always believed that announcing election dates early is fair. It improves the opportunities for New Zealanders to take part in the democratic process and gives a greater degree of certainty to the political landscape,” Ardern told local media in Wellington.

“I will be asking New Zealanders to continue to support my leadership and the current direction of the government, which is grounded in stability, a strong economy and progress on the long-term challenges facing New Zealand.”

Those challenges will include reforms to NZ’s tertiary college system and cutting the cost of tertiary education for low-income students from Māori and Pacific Islands communities.

The Ardern government is a coalition between Labour, the conservative NZ First party led by Winston Peters, and the Greens.

The opposition National Party, led by former lawyer Simon Bridges, has already hinted at promises for a new climate action strategy. “There’s no point having a strong economy but a crap environment,” Bridges told a community meeting in Wellington.

Sam Sachdeva, political editor for independent news site Newsroom NZ, suggests that Ardern and Labour are likely to face criticisms that their ambitious plans for social reforms “are yet to be translated into tangible change”. He says NZ First and the Greens may also find it difficult to assert their respective identities during an election campaign without undermining the coalition.

“The [Green Party] will fear a repeat of the 2017 election, where Ardern’s ascendance and strength in traditional ‘green’ areas like climate change carved away some of its soft support,” he writes.

Education minister Chris Hipkins is also likely to face questions from voters and media about his ambitious higher education reforms during the election campaign.

On 2 December, he introduced the Education and Training Bill 2019 to parliament. This aims to streamline education policies, reduce the cost of education and set out new regulations for tertiary colleges.

Hipkins told parliament that the legislation was “an important step towards improving success for all our learners”.

“The bill’s rewrite of education legislation is long overdue. Indeed, one Education Act, parts of which are still in force, dates to 1964—when the Beatles toured New Zealand,” he said.

“The bill will bring all legislation on early learning, schooling and tertiary education into a single statute.”

However, two academics at Victoria University of Wellington have warned that—as a policy reformer—Hipkins faces a “soulless bureaucracy” in NZ’s public service.

Bob Gregory and Kristen Maynard from the university’s school of government suggest that public service managers need to be less inflexible and more creative in their approach to policy changes.

In an editorial published by the university’s Policy Quarterly journal, they argue that “rather than presuming to know what is good for others”, public servants need to “understand the people they are serving and the realities of their lives”.