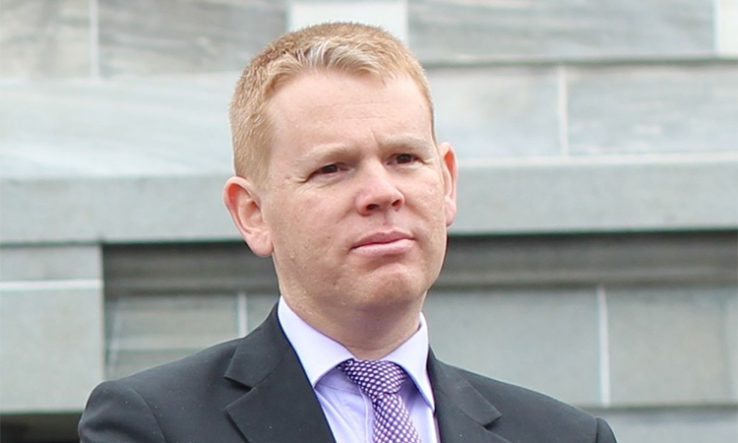 In its first formal meeting with Hipkins as reappointed minister on 6 December, the vice-chancellors’ group Universities New Zealand plans to push an updated wish list, including more funds for a huge uptick in domestic students, funding system reforms and a better response to the loss of international students.

Domestic pre-enrolments for 2021 are up as much as 30 per cent on previous years and with no certainty on the return of international students, New Zealand’s eight universities are seeking support in maintaining their programmes and servicing the demand.

In a briefing note sent to the minister on 23 November, Universities New Zealand said that a funding system review that was paused because of the pandemic should go ahead in 2021, and that the education department’s international education recovery plan needed more input from providers.

Universities New Zealand chief executive Chris Whelan told Research Professional News that there were “challenges” ahead for universities, including in how they funded research. The effects of the pandemic had not only been on income via lower international student payments, he said.

“One thing which we’ve been very grateful for is that [the government] hasn’t cut research funding; in fact, it’s guaranteed continued funding, which has helped with many of those delayed projects, but for us mostly it’s around our ability to meet payroll, to be able to keep maintaining our facilities, to be able to keep paying subscriptions for journals and things like that. And to be blunt, research funding doesn’t contribute significantly to that.

“Australia [has] had major additional investment by the government there, which is great. We haven’t seen that here. Anything that adds additional research funding is hugely valued…we have an awful lot of researchers chasing a very finite amount of funding and there’s a lot of good research that goes unfunded. But like every country in the world, research for a university is basically done at cost—it’s not something that materially contributes to the financial bottom line. It contributes massively to the ability of a university to contribute to its society, its communities and the society around it, but it’s not what a vice-chancellor relies on to make payroll.”

The briefing note told Hipkins that non-government sources of research funding, such as philanthropy and commercial investment, had slowed down during the pandemic.

New Zealand’s universities carry out a quarter of all research in the country, and more than half of that is “basic research” that underpins further development, the briefing note said. Businesses carry out 55 per cent of research, and government bodies such as the Crown Research Institutes make up the remaining 20 per cent. The briefing pointed out that even private and government research was conducted by university-trained staff.

Universities New Zealand says that for every dollar spent on university research, NZ$5.10 is returned to the economy. But, it says, universities have finite resources with which to balance research with teaching and other activities such as ensuring equity. Costs are rising faster than income from the government and from domestic fees, going up a total of 67 per cent over the past 14 years.

Overall funding reform is needed because the funding bands for undergraduates are based on 1991 information, Whelan said, and universities are keen to explore more flexible options, work-in-learning initiatives and different ways of delivering the curriculum. “We are very conscious that we are funded per student below the OECD average and yet we have fantastic staff and researchers,” he said.

Whelan said that where in a normal downturn a lot of the extra demand would go to vocational courses, the academic streams were seeing very high registrations to enrol and wanted to take as many students as possible. “We don’t know how many will actually materialise. Universities have a certain amount of spare capacity. There are some programmes that are strictly limited. You can only get a certain number of students into a laboratory or workshop at a time.”

The government has committed to about a 10 per cent increase in its share of student place costs through the Student Achievement Component system.