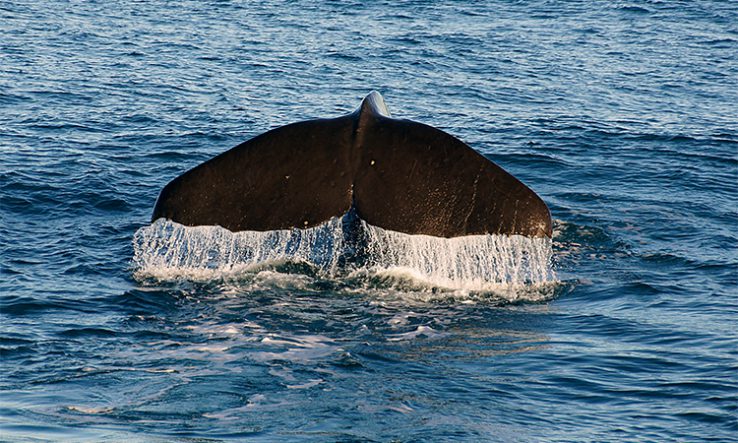 Earthquakes can trigger landslides in underwater canyons, affecting sperm whale food sources such as squid for up to a year, a study by the University of Otago has found.

It says the 7.8 magnitude Kaikōura earthquake, which occurred off the New Zealand coast on 14 November 2016, caused underwater mudslides in an ocean canyon that is an important foraging ground for the whales.