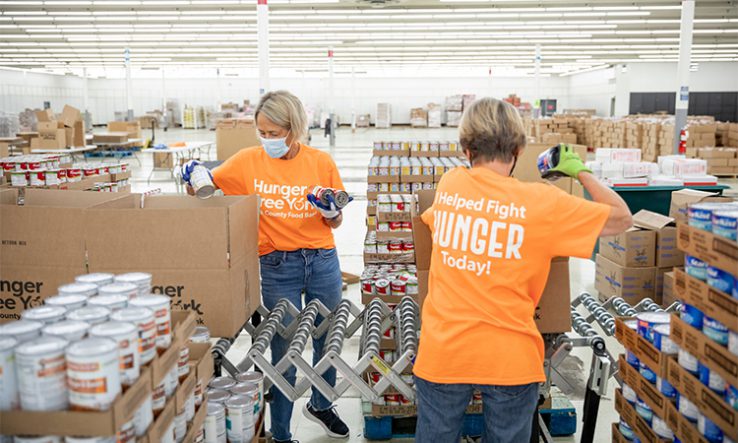 The Covid-19 pandemic has made food security a critical social issue for New Zealand, with many people struggling financially because of job losses and salary cuts, a University of Canterbury study has found.

Rosemarie Martin, a food policy researcher with the Macmillan Brown centre for Pacific studies, says the demand for supplies from NZ food banks has “increased exponentially”.

“People who have never used a food bank before, and would usually see themselves as middle-class families, are now also needing their help. The increase in demand is putting food banks under pressure and potentially the situation could get even worse,” she said in a university statement.

“Food banks around the world, including in New Zealand and Australia, have been stepping in to feed families and help people facing economic and social devastation triggered by the Covid-19 pandemic.”

Martin is working on a survey of food banks in NZ and Australia with Matthew Ruby, from La Trobe University in Melbourne, and political sociologist Steven Ratuva, director of the Macmillan Brown centre.

The survey asks food bank managers and community food distribution agencies about the social impacts of the pandemic and their future plans to meet increased demand.

“The pandemic has exacerbated pre-existing social and economic inequality and food security has become a major issue. We hope the results of this research will be used by government agencies to contribute to more equitable and effective food policy as a matter of urgency,” she said.

“There is a real need to do something to address inequalities around food security in New Zealand. We are a wealthy country that produces plenty of food, so how can it be that so many people don’t have enough to eat?”

Martin said food security for low-income households in NZ had been identified as a problem since the 1990s. “But it still hasn’t been addressed. Now, with recent global events, it is getting worse.”