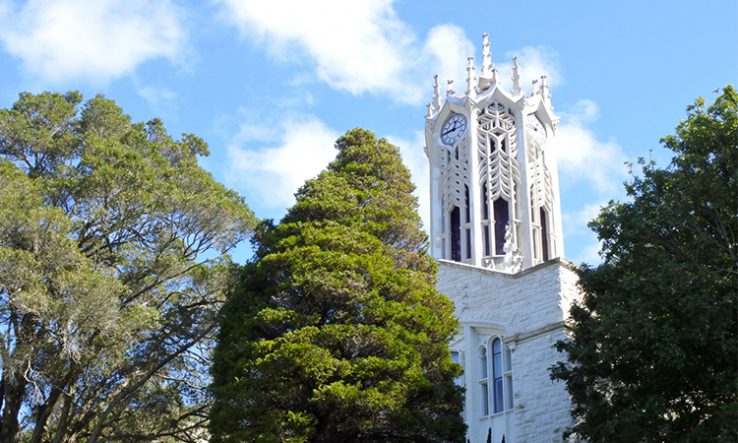 The definition of “Māori knowledge” is at the centre of a public spat involving prominent New Zealand researchers and academics.

In a joint letter published in weekly magazine The Listener, seven senior University of Auckland academics said that while Indigenous knowledge was important, “it falls far short of what we can define as science”.

They were responding to moves to further embed Māori knowledge in the study of science in the school curriculum, giving it “parity” with other bodies of knowledge. But colleagues, including the university’s vice-chancellor, have rejected their stance.

The letter has sparked a furore on social media, with academics calling for a strong response from the university.

Joanna Kidman, a professor of sociology at Victoria University of Wellington, told Research Professional News that the letter showed little understanding of Māori knowledge systems. “It is disturbing that western science has been pitted against Indigenous knowledge in this way. It’s unproductive and doesn’t advance scientific debate,” she said.

“In many universities and research labs nowadays, credentialled scientists, both Indigenous and non-Indigenous, are working in partnership with Indigenous communities to solve some of the big problems of our times. In the end, Māori don’t need western science to endorse or authenticate our centuries-old knowledge systems.”

In a statement, Auckland vice-chancellor Dawn Freshwater said the letter had “caused considerable hurt and dismay among our staff, students and alumni”.

“While the academics are free to express their views, I want to make it clear that they do not represent the views of the University of Auckland,” she wrote. “The university has deep respect for mātauranga Māori (Māori knowledge) as a distinctive and valuable knowledge system. We believe that mātauranga Māori and western empirical science are not at odds and do not need to compete. They are complementary and have much to learn from each other.”

The seven academics later issued a statement defending their right to enter the debate. In the statement, provided by sociology researcher Elizabeth Rata, they say: “Our position with respect to science and Indigenous knowledge ideas is that we focus on the ideas and not on the race of speakers, whether ourselves or others.”

The topic is “within our areas of academic expertise”, they say, citing the right to academic freedom. “As citizens, it is our right to speak on matters of importance to all New Zealanders. We encourage others to join the discussion. The purpose of our letter was to promote debate.”

The statement says there is a difference between “accommodating” mātauranga Māori and an approach that “claims that science and mātauranga Māori are exclusive of one another”. They say the latest version of the government’s Vision Mātauranga policy takes the “exclusive” approach.

One of the signatories, Michael Corballis, said: “The main intent of our letter was to protest at the denigration of science in proposed changes to the school curriculum for Māori. The effect of this would be to discourage Māori from taking up science, but also such professions as medicine, engineering, architecture, economics and the like.”

He continued: “We think we wrote in the best interests of Māori. We were also careful to recognise the importance of mātauranga Māori as an important source of Māori knowledge and culture, but we also stated our opinion that it is not science. If anything is divisive, it is the suggestion that science is responsible for the suppression of Māori, and a tool of colonialism.”

“Our group includes several with Māori ancestry, including a very distinguished Māori medical scientist,” Corballis said. “Our main disappointment with the reaction to our letter is that none of the critiques has actually addressed the points we raise, preferring instead to indulge in personal attack.”

A statement from the New Zealand Association of Scientists said scientists needed to listen to Māori. “We were dismayed to see a number of prominent academics publicly questioning the value of mātauranga to science in The Listener this week, and claiming that science does not colonise,” the association said.

“While as scientists we clearly see the value of science and the good it can do, we must also acknowledge that science has an ongoing history of colonising when it speaks over Indigenous voices, ignores Indigenous knowledge and privileges a limited, western-dominated view of science. We acknowledge that many in the science community will have questions; we encourage people to learn more about Indigenous experiences of colonisation, the history of Aotearoa and the ongoing effects of colonisation.”

Tara McAllister, a Māori ecologist and research fellow at the University of Auckland, called on the “institutions and organisations that the professors [who signed the letter] are affiliated with to respond”.

“I would like to know whether the values espoused in this letter align with the values of their institutions,” she said in an email. “These anti-Indigenous ideas are prevalent throughout the academy and deeply embedded within the structures of universities in New Zealand. I believe this letter, which is in direct conflict with the views of the university, will have lasting ramifications. It threatens the safety of Māori staff and students [and] it undermines all of the work that Māori scientists are doing to uplift and centre mātauranga within universities.”