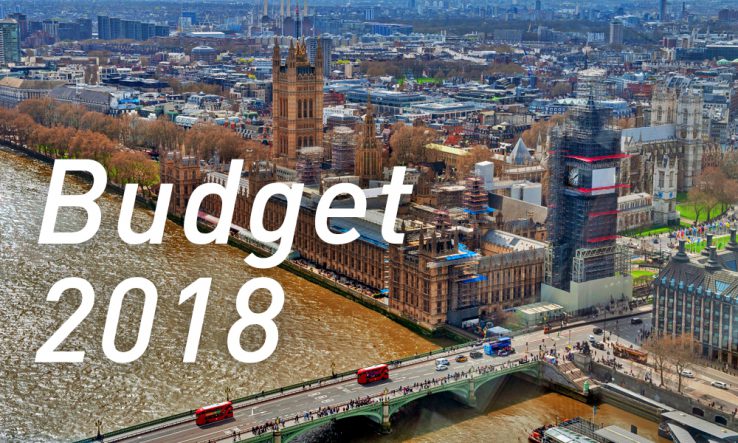 With last week’s budget bringing a small—and slow—increase in public research spending, Kieron Flanagan looks at the prospects for reaching the government’s target for R&D intensity.

Chancellor Philip Hammond’s headline announcement on research and innovation—an extra £1.6 billion for R&D—was deeply misleading. A quick look at the tables of actual spending decisions in the budget red book shows just £55 million of new R&D spending, as Research Fortnight was able to get the Treasury press office to confirm.

There is actually no new information about ISCF allocations after 2021 except that the proposed allocation for that year is somewhat lower than promised in last year’s Budget. But we see that the larger national productivity fund of which ISCF is a part gets stretched over an additional year, with some new money, implying a slower rate of growth than promised last year.

A cynic might call this a cut, in that having the ISCF grow at a slower rate over a longer time means that the rise in year-by-year spending will be slower.

On the other hand, the promised cash is still promised, and it could be argued that it is sensible to pace the growth of the ISCF. There haven’t been major investments in applied R&D and civil technological development since the 1980s, so there’s going to be a steep learning curve.

The economy has changed profoundly in that time. It is ever more services dominated, and increasingly reliant on foreign investment for private sector R&D. New actors in private R&D have emerged, such as start-ups and R&D services firms, while others, such as big pharma, have suffered. Nationalised industries have been privatised, and major public sector research establishments and government departmental spending on R&D have withered.

Even in the event that growth proves to be slower than was thought last year, if the current plans are adhered to it will indeed be the biggest increase in UK government R&D spending since the 1970s. But is it enough to stimulate the kind of private sector R&D spending that will be necessary to hit the 2.4 per cent target?

We know that public R&D spending can attract new private spending—rather than crowd it out, as Margaret Thatcher believed when she pared back public spending on applied research and technological development in the 1980s, sparking a race to the bottom between government and industry.

But this effect is not automatic. It depends on the quality of spending as well as the quantity (the Soviet Union had one of the highest ratios of R&D spending to GDP ratios of any developed economy for most of the second half of the 20th century). The delay announced last week potentially weakens the ‘crowding in’ effect that is being sought.

There is no magic formula, no one-size solution to fit all sectors and places. Grand challenges and missions have their place in the armoury of our experimental industrial innovation policy, but we should not repeat the mistake made in the early days of the Catapult programme, and see any one new tool as the answer to all problems.

We’ll need a mix of focuses—on regions, sectors, technologies, challenges and processes. We’ll need ambitious but careful experimentation—so devoting a small percentage of that increase in spending to real-time evaluation will be vital.

Every decision about research and innovation funding over the next eight years or so will be taken with 2.4 per cent in mind. The first and most important question will be: how will this leverage private investment in R&D?

This won’t just apply to ISCF and Innovate UK funding. It will influence the thinking of the research councils, and around the block grant and Research Excellence Framework.

The other interesting news last week was the appointment of Paul Nightingale of the Science Policy Research Unit at the University of Sussex, a world-leading expert on innovation policy and strategy, as director of strategy and operations at the Economic and Social Research Council. It’s clear that even funding for the social sciences and humanities will be ever more strategically aligned with industrial strategy.

This need not and should not be at the expense of funding objectives based in broader public and cultural value. Indeed, this is a great opportunity to move away from policies based on unrealistic assumptions about a direct pipeline from basic research to innovation.

Nightingale, more than most, knows that the real products of the basic research base are the people and networks. It’s they, rather than knowledge from research projects, that form the main asset for R&D-based innovation, and the main attractor of foreign inward investment.

If the UK wants to reach the 2.4 per cent target, the goal should be protecting and enhancing the attractiveness of its research base as a generator of excellent people. An agenda based on trying to get more innovations out of basic research is never going to deliver.