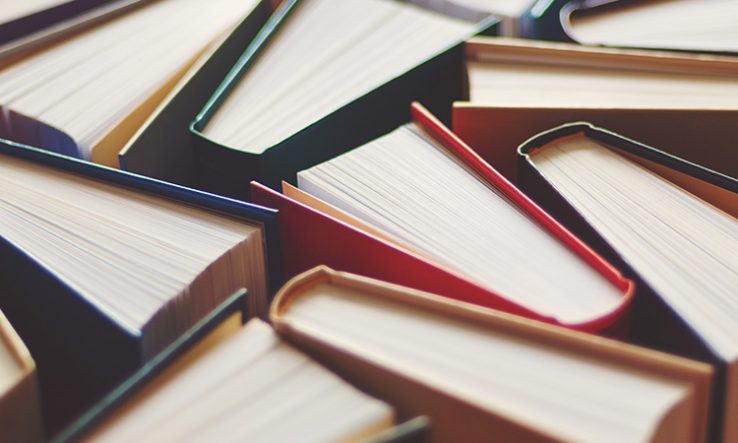 As 2020 is the year of Covid-19, it’s no surprise that my reading sought out tools with which to make sense of this mess and to prepare ourselves for a new normal. Enter Knowing Our Limits by Nathan Ballantyne.

Many books published on the brink of the pandemic became instantly obsolete. Ballantyne’s became more relevant, despite not mentioning Covid-19 once.

Ballantyne presents a rigorous case for questioning the limits of knowledge and decision making from the perspectives of philosophy and cognitive science. His title could be a guiding principle for a year in which data has driven policy decisions against a background of competing manifestos about how to balance public and economic health and the chuntering of armchair epidemiologists blurring fact and anecdote.

Regardless of whose ‘truth’ you choose to accept, this book provides a tool for inquiry, pointing towards an inclusive regulative epistemology. It’s a unique intellectual blend, at a time when the lines between medical and social sciences have become more porous and less meaningful in science’s collective ambition to fight Covid-19, medically, socially and economically.

I’ve spent more time reading in 2020 than usual, not because of the pandemic but because I’m on sabbatical. Much of that has involved revisiting the history of 20th century science and technology in an effort to put today’s policy debates into context.

It’s been interesting, for example, to compare this year’s debates about the need for a UK Advanced Research Projects Agency with John Hendry’s 1989 account of the early history of government support for the UK’s emerging computer industry, Innovating for Failure.

The same goes for Arthur Norberg and Judy O’Neil’s authoritative history of the Pentagon’s Information Processing Techniques Office, Transforming Computer Technology, and Mitchell Waldrop’s personality-driven account of some of the same initiatives, The Dream Machine.

I have managed to look at a few 2020 books. Juan Du’s The Shenzhen Experiment punctures the myth of the ‘instant city’ created by political fiat, tracing the long economic and social history of the place that became Shenzhen. Sharon Zukin’s The Innovation Complex is an even-handed investigation of New York’s pursuit of technology as an engine of economic renewal, exploring not only the shiny promises but also the many pitfalls of such a strategy.

Another new book, Fully Grown, by US economist Dietrich Vollrath, provocatively and persuasively argues that the growth slowdown seen in the US, and by implication other advanced economies, has little to do with declining innovation, lack of investment or competition from rising powers such as China.

Rather, it has everything to do with long-term demographic and structural changes reflecting material and social improvements—an ageing population, more career opportunities for women, and a shift in consumption towards services. Slow growth, Vollrath argues, is a sign of success rather than a warning of failure.

Finally, I should mention the excellent Who’s Driving Innovation, by Jack Stilgoe, a fantastic little book that looks under the hood of the techno-determinist discourse about self-driving cars to uncover how technological change is shaped, and how the process could be governed to achieve a more equitable division of risks and benefits.

This was the year when so many of us realised our dependence on digital technology and the downsides of that addiction. As policymakers pondered how to tame the power of Big Tech, some important books took aim at this new centre of power.

Adrian Daub, a literature professor at Stanford, in the heart of Silicon Valley, attempted to understand What Tech Calls Thinking and found buzzwords where a philosophy should be. Anna Wiener’s Uncanny Valley took us behind the shiny façade of some of tech’s biggest players to look at the “dark triad: capital, power and a black, overcorrected heterosexual masculinity”. She anonymised her characters, but some of the individuals and many of the personality types are instantly recognisable.

Ivana Bartoletti explored the political questions raised by artificial intelligence in An Artificial Revolution and Aaron Benanav asked us to take our thinking about Automation and the Future of Work beyond calls for a universal basic income.

In Why we Drive, Matthew Crawford offered a conservative case against self-driving cars, a useful reminder that the desire for autonomous machines could soon clash with people’s desire to be autonomous individuals.

Big Tech companies should take note. But the depressing implications from these books is that, left to their own devices, they won’t bother.

My book of the year is The Innovation Delusion by Lee Vinsel and Andrew Russell, which I devoured as a much-needed antidote to the toxic techno-nationalist guff that has emanated from UK ministers over the course of the pandemic. Vinsel and Russell are the prime movers behind The Maintainers, a network of researchers interested in concepts of maintenance, infrastructure and repair, and their book sets out with compelling clarity how our constant exaltation of the new has distracted attention and diverted resources from the things that matter most.

It reminded me in one or two places of David Edgerton’s stinging 2007 provocation, The Shock of the Old. But in a year when the UK government’s response to Covid-19 has lurched between spasms of techno-hype—over ventilators, apps and its ‘world-beating’ test and trace system—while failing on so many of the basics, Vinsel and Russell made me sigh, snarl, smile and cheer.

I’ve also been limbering up for the inevitable post-pandemic public inquiry with the help of the 2020 edition of Mistakes Were Made (but not by me) by Carol Tavris and Elliot Aronson. This classic account of cognitive dissonance and self-justification has been updated with a fresh chapter on ‘Dissonance, democracy and the demagogue’, aimed primarily at the polarisation of political discourse in the United States, but with obvious resonance here too.

Other books I’ve enjoyed include Peter Mandler’s The Crisis of the Meritocracy—a brilliant and deeply researched account of how the UK’s education system has transformed since 1945 to embrace mass participation. With the political mood swinging back towards grammar school-style selection and limits on student numbers, one wonders how far the progress Mandler describes will be thrown into reverse?

Finally, I was deeply moved by Mayflies, Andrew O’Hagan’s semi-autobiographical meditation on lifelong friendship, terminal illness and death. I read it together with one of my oldest and closest friends, who has spent 2020 moving inexorably towards his own death from motor neurone disease. In a period that for many of us has been marred by sickness and loss, but also by proximity and care for those we hold dearest, sharing reactions to Mayflies—my friend’s spelt out by text, using only his eyes, from a lockdowned hospice—was for me one of the bittersweet highlights of a bittersweet year.