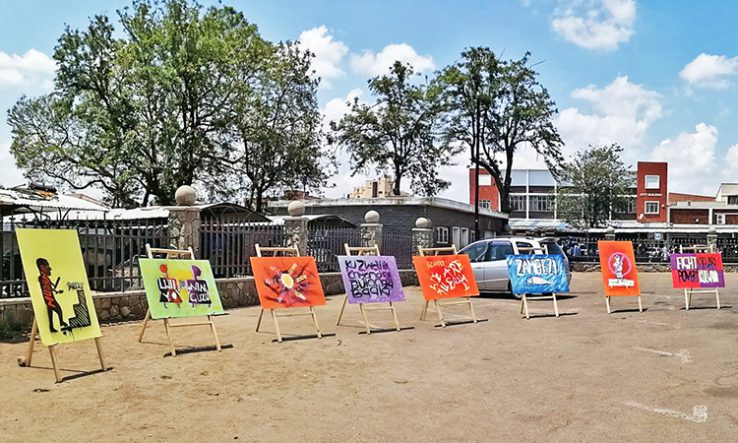 The Black Lives Matter movement has sparked debates around structural and institutional racism, exclusion and belonging in the UK, and made discussion of decolonisation and racism a moral and ethical responsibility across society.

Some universities’ first response to the protests was to revive initiatives to decolonise curricula. Reading lists circulated on blogs and social media recognising the work of black and minority ethnic scholars, including those in the Global South, to reform the Eurocentric curriculum and challenge western ideas of knowledge creation.

In the UK, the exclusion of BME scholars institutionalises whiteness in disciplinary knowledge and creates disciplinary boundaries that further exclude the work of black academics. Acknowledging disparities in knowledge creation is a starting point for raising intellectual curiosity and awareness around gender stereotyping, racism and power imbalances in the academy.

But recognising and crediting scholarship should not be about making another’s work seem as though it matters. It should be about deeply engaging with the work, drawing lessons learnt and respectfully challenging positions of difference. The intention ought to be a moral and ethical recognition of scholarship as an equal intellectual project by all, for all.

As Jessa Crispin has argued, reading books by feminist authors does not necessarily erase sexism or make institutions gender equal, and the same goes for all imbalances of power. Without ‘reasoned agency’ by individuals and institutions, adding BME or Global South writers to reading lists will do little to change an academic system embedded in gendered, racialised and contextualised power traditions.

Our experiences of projects across Africa have shown that everyday research practices still implicitly reflect and internalise western knowledge traditions. Much of the research done in Africa is driven by a mindset imported from the Global North that often prejudges issues and research agendas without engaging with their context.

This leads to a deficit model of attempting to address a ‘problem’ that may not be a problem, rather than adopting an inclusive approach that draws on knowledge from fellow researchers or communities. As a result, researchers formulate, conduct and write about research in ways that often result in projects being much less beneficial to their ‘participants’ or ‘subjects’. Excluding the communities in which research is conducted reinforces colonial approaches to research.

To challenge unjust knowledge practices among and between researchers, the first step is to think about how unequal structures and relationships are perpetuated. How can we promote a culture that embraces different positions of knowledge and complement each other’s capabilities without overreliance on a single worldview?

We agree with Sabelo Ndlovu-Gatsheni and Achille Joseph Mbembe that challenging colonialist approaches to research in Africa is not about rejecting western ideas but about recentring Africa. It should also be about challenging research that overlooks indigenous, local or simply different ways of knowing.

For example, in our recent arts project with an indigenous community in Zimbabwe (pictured above), we found that although the participants enjoyed learning about and being exposed to new—western—art methods, they valued the use of traditional ways of storytelling such as folk tales.

Identifying these ways of knowing and thinking necessitates rethinking research methods so that all forms of knowledge can be identified and learned from. Many academics in the Global South draw on the work of the Global North, but there is much less evidence of northern academics following, reading and contributing to debates and knowledge created by colleagues in the south. Perhaps now is the time to promote equal epistemic opportunities.

Institutional research practices also need to change. For instance, do institutions have co-authorship protocols that place all contributors on an equal footing?

There is a noxious but widespread culture of treating academics in the Global South as gatekeepers, getting their buy-in, using data they have collected and then not recognising their efforts and intellectual contributions. Research integrity requires crediting contributions and equitable intellectual property rights relating to knowledge and scholarship.

Decolonising academia needs a holistic approach to deconstructing power relationships—especially for research whose purpose is entangled in the agendas of many stakeholders, funders, administrators, institutions and researchers.

The time has come for researchers to start those uncomfortable conversations on how we can make research collaboration inclusive, respectful and equal. This should be a project for all—not, as too often happens, a responsibility placed upon BME staff, who are underrepresented and likely to be working in precarious circumstances.

It is time to challenge the historical status of the western epistemic tradition, its claims to offer a universal way of generating knowledge and the effects on researchers in the Global South. Decolonising research agendas will be complex, multilevel and multidimensional. It requires more than just building allegiance: it needs an awareness of the damage done by dominant, unquestioned attitudes and practices, and critical thought about what a just research system would look like.

Faith Mkwananzi is in the higher education and human development research group at the University of the Free State in Bloemfontein, South Africa. Melis Cin is a lecturer in education and social justice at Lancaster University.